All activities require adult supervision. This post contains affiliate links. As an Amazon Associate and a participant in other affiliate programs, we earn a commission on qualifying purchases.
106 shares 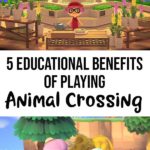 Do your kids want to play Animal Crossing: New Horizons? Good news, there are educational benefits to Animal Crossing that you (and the kids) may not realize.

Animal Crossing, the hit Nintendo game series for gamers of all ages, is back with a new installment on the Switch: Animal Crossing: New Horizons.

I’ve loved this game series since first playing it on the Nintendo Game Cube. It’s been great sharing the fun of Animal Crossing with my kids. The best part is knowing my kids are learning while playing video games, even if they don’t know it.

For those unaware, Animal Crossing is a life simulation game where players interact with humanoid animals while working on their own property. In Animal Crossing: New Horizons, your character goes to a deserted island and helps establish it as a fun little island town.

The game may seem like a chore simulator, but the fun of the game comes with the amount of customization players have for their home, clothes, and even their island as they progress through the game.

Animal Crossing is a hit franchise for players of all ages, but you may not know that it has a plethora of educational benefits for younger kids.

(Confession, I play this game way more than my kids do.)

Along with learning opportunities within the game, it can also encourage education outside of it too. For example, my daughter enjoys the game so much that she worked on a short Google Slides presentation about the game.

Here are some of the ways you can use Animal Crossing for education for your students or children.

One of my favorite parts of the Animal Crossing game series is collecting and donating items to the museum. There are insects and fish to catch as well as fossils to dig up.

In Animal Crossing: New Horizons, the museum eventually adds an art gallery too. The goal is to collect one of each item for the museum.

When you bring these items to Blathers, the owl in charge of the museum, offers to share information about it with you. The information he shares is mixed with a bit of humor (like how he loathes bugs).

The insects, fish, and fossils are based on real world items, which has prompted my kids to ask for more information about them.

For example, when I caught an oarfish and a coelacanth in the game, they wanted to know if they were real fish.

For the art gallery, players purchase paintings and statues from a character who is known to sell fake pieces of art.

They are created based on actual pieces of art, such as the Mona Lisa. So we have to look closely and compare them to the real works of art to ensure the piece we are buying is genuine.

Without a doubt, the largest aspect of the Animal Crossing series is that players must pay off their home over time. Once your first home loan is paid off, there are a series of expansions and upgrades for your home. It takes time and a lot of bells (the game’s currency) before it is completely paid off.

As such, the game tasks players with money management and promotes personal responsibility. There are no deadlines for your house payment, but you cannot upgrade your home until you pay it off.

Saving your bells and making payments on your house loan have to be balanced with spending bells on cute clothes and various decorative items.

They can also learn the basics of investing with the Stalk Market. Each week, players can purchase turnips and check the prices throughout the week and hope to sell for a good profit.

As more animal villagers move into your town and you develop a relationship with them, you will be asked to accomplish certain tasks for them. These tasks can be as simple as taking a package to a neighbor or catching a butterfly for them.

Additionally, you can find lost items that you can return. The game gives players all sorts of ways to help their neighbors, sometimes for a reward and sometimes not.

You can also give gifts to your villagers, which may result in them giving you a gift too. Giving something to one of the animals doesn’t guarantee they will give you something in return. Each villager also has preferences, so it can be fun figuring out what they’d love to receive.

The game encourages altruism in players, as well as doing the right thing even when you aren’t being compelled to. Younger children can learn how important it is to be kind and helpful to those around you.

It may come as no surprise that the game encourages creativity, as nearly every aspect of the game is customizable by the players. However, the depth of creativity that can be harnessed by the game is staggering.

Players can customize their clothing, home, town flag and music, and more! Additionally, the game goes beyond simple color customization, as players can create designs and even share them with other players.

As you progress through the game, you unlock the ability to change the land too, which provides even more ways to give your island a unique look. For example, my daughter used cliff building to create a theater stage area.

Animal Crossing does a phenomenal job at encouraging creativity in its players, and it is a great way for young children to express themselves.

In addition to interacting with your town’s animal villagers, Animal Crossing allows players to visit other players’ islands as well. In doing so, players can chat with other gamers all around the world, as well as trading items and designs.

Side note: players do need permission to visit each other and generally cannot cause harm to someone else’s island.

Whether you’re playing with other gamers or friends, Animal Crossing is a great way for kids to learn about social interaction, both online and off, as well as trading items to help each other find pieces they are missing or looking to collect.

There is even more communication and other aspects of working together if more than one family member plays on the same island.

Animal Crossing is an incredibly popular gaming franchise, with fans of all ages all around the world. The game is simply fun, but it can also be educational for children. With these tips, your kids and students can have fun while learning valuable real world skills. 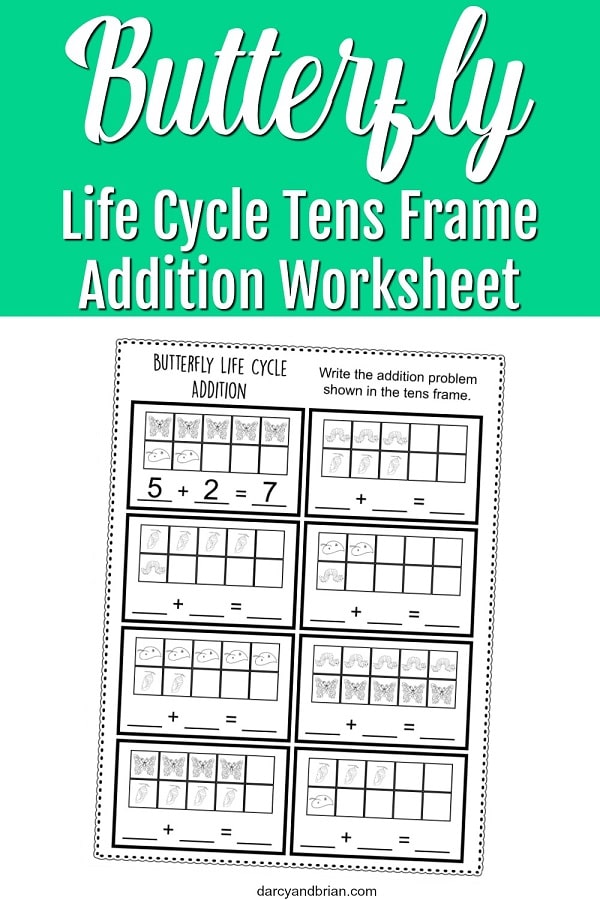