Skip to Content
All activities require adult supervision. This post contains affiliate links. As an Amazon Associate and a participant in other affiliate programs, we earn a commission on qualifying purchases.
181 shares 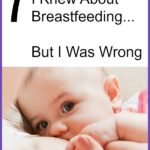 It’s not always easy to admit when I’m wrong. 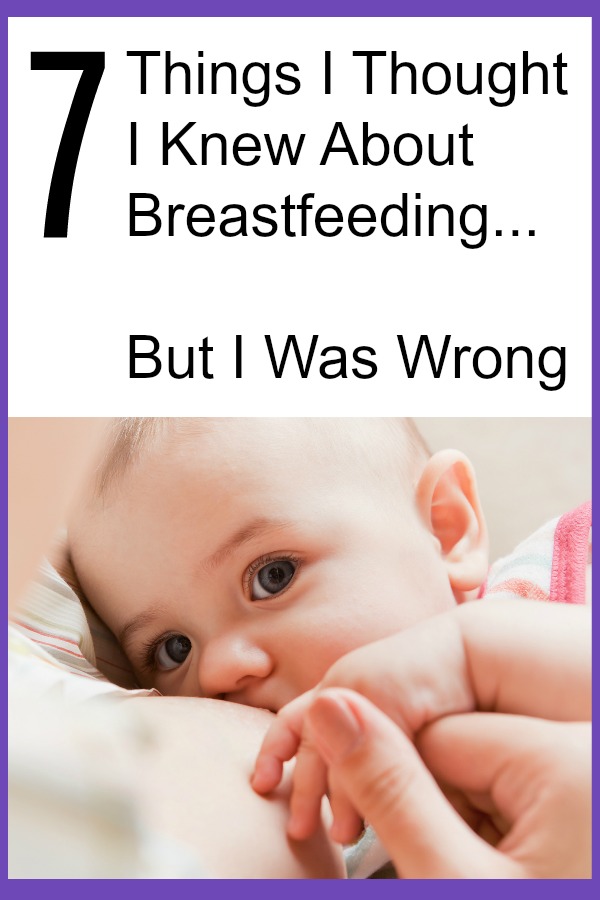 There were plenty of things I thought I knew about breastfeeding until I became a nursing mom. Then I learned I was wrong or misinformed.

Since I’m passionate about supporting breastfeeding moms, I wanted to share this with you. Hopefully, sharing helps you learn something or feel more comfortable as you begin your breastfeeding relationship with your baby.

7 Things I Thought I Knew About Breastfeeding, But I Was Wrong

This post contains affiliate links which means we earn a commission if you make a purchase at no extra cost to you.

In this video, I talk about a few of the things I thought I knew about breastfeeding before having my kids. Keep reading to find out the rest!

I thought breastfeeding would be easy

Knowledge is power, so I went to a breastfeeding prep class at the hospital (and took my husband along). I devoured pregnancy books. I thought I was adequately preparing myself and assumed it would be easy because when I know things and I have information it makes it easy, right?

The class and books were helpful, don’t get me wrong there, but breastfeeding was still hard. Sure, it’s natural, but that doesn’t mean everything works perfectly all of the time.

There were days breastfeeding was painful. It hurt so bad when she latched and I got cracked nipples. There were other days I was extremely emotional and touched out. At times I felt overwhelmed worrying if my baby was nursing enough or if I was doing a good enough job.

I wasn’t prepared for how lonely I would feel in my breastfeeding journey without enough supportive people to reach out to with questions and worries. It was hard not having other nursing moms to commiserate with about little things I was going through. For example, I didn’t know how common nipple twiddling and belly button poking was among breastfeeding babies.

I thought it was all breast milk or nothing

Even though I knew a little about donated breast milk, I didn’t know much about combo feeding early on. When my daughter had issues latching, I felt like a failure because I had to use formula. Scratch that, using formula didn’t make me feel like a failure. It was the fact that I thought I was doing a great job breastfeeding my baby, but within a couple short weeks we ran into issues.


I thought I couldn’t drink alcohol

While I don’t drink all the time, I assumed I wouldn’t be able to drink any alcohol until after my baby was no longer breastfeeding. I know this is not the most important thing in the world, but it’s an example of misinformation that I believed. It was a relief to learn I could have a few drinks on date night without any issues!

I thought breastfeeding would make me lose weight

It’s true that your body works hard to produce milk for baby, but it’s not an automatic weight loss solution. I’ve struggled with my weight for most of my life and thought breastfeeding would help melt the pre-baby weight off.

I thought pumping breast milk would be easy

This one goes hand in hand with thinking breastfeeding would be easy. I assumed I would have no problem pumping milk for my baby. The original plan was for me to return to work (at least for awhile), but things changed while I was on maternity leave. Still, I figured it would be simple to use a breast pump and have plenty of breast milk to bottle feed my baby while I was away.

It’s not like you can really practice pumping breast milk, so I wasn’t sure what to expect. It didn’t help that the first time I needed to pump was during the time my daughter forgot how to latch. I was already stressed out and extremely emotional, but I was in tears about how little I was pumping. It took some time for me to learn that a baby is more efficient than a breast pump and there are other factors that affect the amount I was pumping.


I thought breastfeeding in public would be difficult

Now, I didn’t exactly think breastfeeding should be done in private, but I felt incredibly self-conscious. I was afraid of offending someone or showing too much skin. I needed to build my confidence in breastfeeding my baby at home before I could feel comfortable nursing in public.

It also helped once I found comfortable nursing clothes, like these nursing tanks that attached to my nursing bra. They kept my stomach covered while making it easy to access my breast to nurse my baby.

I thought weaning my baby would be easy

When I was pregnant, I heard the information about breast milk being wonderful for babies. That I should aim to breastfeed for at least six months. So, I came up with this plan in my head that I definitely wanted to nurse my baby for six months at least, but maybe up until one year old.

I used to think breastfeeding a toddler was a little odd, but that was before I had a toddler of my own. It was easy to judge things I didn’t understand based on limited information and opinions I heard from other people.

I had never heard the term “extended breastfeeding” until well after I began nursing my baby. I learned that my preconceived notions about nursing toddlers were not accurate. Most of all, I learned that deciding when to wean your baby from breastfeeding is a personal decision and generally is not as simple as suddenly stopping one day.

Before I started breastfeeding my first baby, these were some of the things I thought I knew about it, but have since learned I was wrong. It’s OK if you don’t know everything before you have a baby because you can still learn! You’ll learn from things you read (such as my breastfeeding book), from your medical provider, from other moms, and from your own experiences.

Did any of these surprise you? What did you think you knew about breastfeeding, but later learned you were wrong? 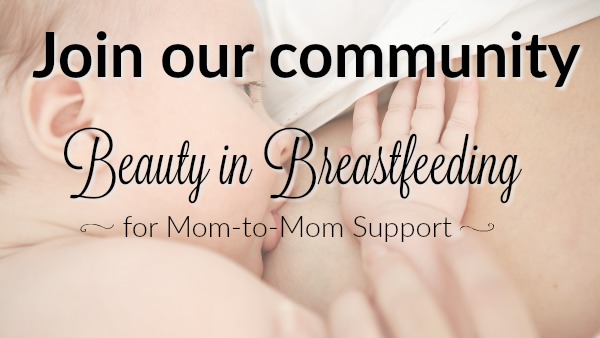 Top Tips for Breastfeeding - You Brew My Tea

[…] whom it seems to come naturally, there can still be some bumps in the road. There were so many things that I thought I knew both from reading and talking to trusted people but, it turns out I didn’t know near as much as I […]