Pregnancy Journal: 27 Weeks But Why Does My Crotch Hurt?

Pregnancy brain is getting me more and more which is made clear when I go to write my pregnancy journal update yet I forget to have a bump picture taken. I’m getting more vain about them too so if it’s bad lighting I won’t even ask Brian.

Okay so it’s not vanity but some insecurity. I’m always struggling with the need to look pregnant and not just fat(ter) since I’m already a curvier woman, but now that I can’t see my feet (easily) I start getting self conscious.

It’s crazy since I’m not gaining weight, just size. But I do like a nice comment about my baby bump. It’s confusing, I know. If you ooh over the baby bump I’m happy, but if you question why I’m waddling and gained a few I cry as I curse you and your grandma out in my head.

Yeah for the third trimester!

One pregnancy app says I started the third trimester while my other one says it starts at 28 weeks. Whatever, I’m peeing more often and tired a lot. Sounds like the home stretch to me.

Goodness, hard to believe in less than three months I’ll have a newborn in my arms again that belongs to me. Now that my ultrasound earlier this week basically confirmed we are having a boy I want to actually start preparing for him.

Yes, looks like my IntelliGender Prediction Test Kit was right but the majority of old wives tales were wrong. Even my own intuition was wrong. Well, unless there was something weird coming out of her thigh…this baby is a BOY! This tech was much more confident and it was hard to deny what we saw on the screen.

So for preparation it feels weird. For Rissa we needed EVERYTHING. This one, not so much. He needs clothes mainly…but still, now I feel ready to go through the nursery and prepare it for both my kids. I have ideas but lack the energy to get much done. Doubt we will repaint since the green will work for both him and Rissa still. I also need to get rid of a bunch of girly stuff now!

But why does my crotch hurt so much?

I’m used to the crotch lightening bolts, I got those last time too. They were more annoying than painful. This time though, I’ve been aching and hurting. It feels like it is inside but not.

It’s the worst when I climb stairs or put on my underwear and pants. Oh and getting in and out of bed….heaven forbid I need to roll over in the night.

It started to bother me a couple weeks ago but was fairly mild. At first I thought I did too many kegels or something, but it’s getting progressively worse.

I talked with some other pregnant bloggers and did a little internet research… Looks like I may be suffering from Symphysis Pubis Dysfunction aka SPD. It is when the pelvic bones separate in the front due to the cartilage being too relaxed. It seems to be pretty common in pregnancy but can be very painful and dehabilitating if not treated. Or at least if one keeps aggravating it.

I’m concerned that I might not be able to labor sitting up if this gets too bad.

So I need to tell my OB next week. I think baby’s position might be affecting it too. He is sitting breech and thinks my bladder is a cushy seat just for him. I saw him sitting on it the other day! On the plus side I’m STILL only on one insulin shot for my fasting! Yay!!

So what is new with you? (And yes I know I am behind on responding to comments. Pretty please forgive me! 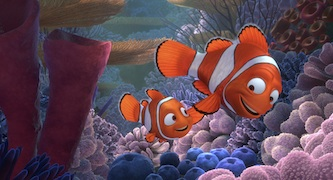 Connecting as a Family Over Dinner and a Game Night #DipDipHooray #CBias
Read Next Post →
Click here to cancel reply.

I had problems both pregnancies with shooting pain in my crotch or down my inner thigh. I hurt so bad between that & sciatic pain that during the last trimester with my 1st I could barely walk. If I would sit in the recliner with a pillow under my thigh (on the side that hurt the most) I could usually walk a bit easier or for a while before I really hurt a lot. With this last pregnancy it wasn't as bad but I figure it's probably because I spent most of my time in the recliner anyway early on because of the heart problems.

I don't know, might be a different problem but you should try giving that a shot. See if it helps some.

I try to spend some time everyday with my feet up. That doesn't seem to help as much as keeping my pelvis cushioned and positioned just so. It hurts to lay on my side or sit on the floor. I can sit with my knees apart if my pelvis is kind of tilted. It's unlike anything I've ever experienced before! Crazy what our bodies can go through.

I just remember the pressure in my crotch area toward the end of my pregnancy, but it wasn't painful like you describe. It was enough to want to make a face, but couldn't because if someone asked, I didn't want to say, "Oh, it's just my crotch, thank you." Also, my daughter would occasionally tickle my bladder or cervix or some kind of nerve down there. It didn't make me want to pee, it just would make me feel like I needed to "adjust". LOL

I don't remember the crotch pain with either of my kids. I do know that my son sat on my bladder. I always thought he was kicking his foot into my cervix or something. Hope you feel better soon!

Did you look into round ligament pain?

Danielle @ We Have It All

Yay for the home stretch! Congrats on having a boy! And as for the SPD - I'm sorry, I know it sucks. Out of my 5 babies I had it with my last 2 and it was awful. But for me, I did not notice it during labor and delivery. Rolling in the middle of the night was the worst, ugh! Maybe you can get into a Chiro... it helps a ton!