I used to be pretty metal. You know, before I had kids (and after my dance club pop phase in high school). I always listened to rock and heavy metal, but it wasn’t until college that I actually lived it. Before that I’d been to small venue concerts like the ones at the county fair or the time I saw Becky Hobbs. (I bet you just said Who?)

In college I went to my first rock concert. It also coincides with me opening a completely unnecessary credit card, but I wanted tickets man. Tickets! So, my college roommate and a friend of ours went to Chicago for the 2001 Family Values Tour featuring Staind, Linkin Park and Stone Temple Pilots.

Brian and I with Godsmack and another couple at the Meet & Greet. (I’m on the far right smiling like a goon)

Shortly after Brian and I started dating we began going to a TON of concerts. We even went halfway across the state for a big musicfest. We’ve seen a lot of bands such as Korn a few times, Metallica twice, Godsmack (6 times and met them), Trivium (met them too!), Rob Zombie, Dreamtheater, Stone Temple Pilots, KISS, Megadeth… my memory is failing me. Those were just the headliners I can think of right now. Oh and Deathklok (yes, of Metalocalypse. Yes, an animated band can go on tour!) and Mastodon. 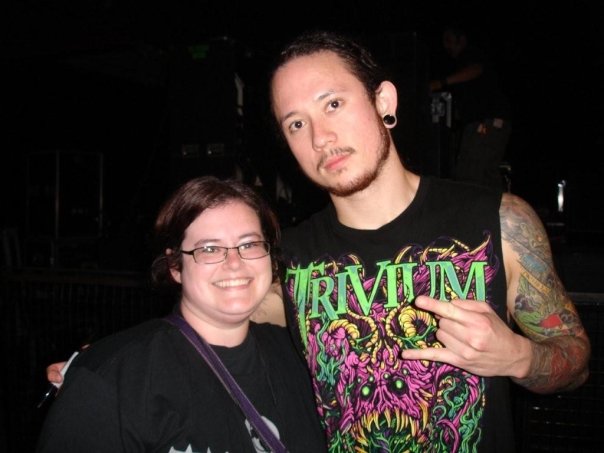 That’s me with Matthew Heafy, the lead singer of Trivium.

Hey, I even have a tattoo of Metallica’s old ninja star logo. You’ve probably seen it in pictures and videos since it’s on my forearm.

Now we’ve traded in mosh pits for kiddie sing-a-longs.  I mean, Yo Gabba Gabba Live is basically a rock concert for kids. That’s the kind of stuff we go to now.

I’m too old to go to concerts anymore. It’s a sad realization because I loved them but..

One thing I miss was our after concert tradition of going to George Webb’s diner for food and drunk people watching. We had the best dates.

That part of my life has passed, but I’m still lingering in it by wearing my tour shirts every chance I get. Don’t question my metal authority! 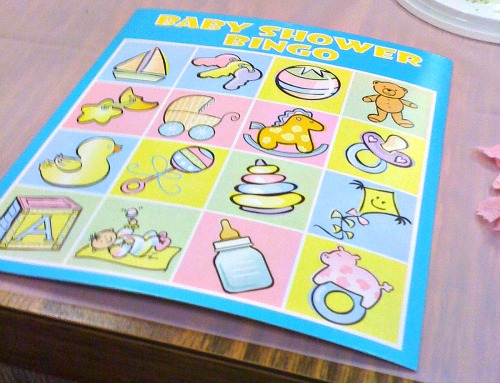 Oh these kids (and age) have a tendency to tame us. At least we lived it up when we had it together! Love the old photos!!

I can't take how LOUD concerts are anymore. And it makes me feel very, very old to admit that.

The only reason I don't attend as many anymore is because I'm pregnant and that's a lot of standing for me. However I have attended many in my last pregnancy. My boyfriend and I have very close friends that are in a metal band and we go and see them, or at least he does, once a month. We've become friends with local bands and also friends with the owner of one of the venues. I don't think I can ever get too old to go. Our friends mother comes and takes pictures of the band (she's a professional) and she has been bringing his little sister to his concerts since she was 5!

I think it's just so personal for us now that we will be old people in wheelchairs attending concerts. Haha!

That's awesome! Yeah I think it's different when you have personal connections. We also find it hard to justify the cost anymore plus finding someone to watch them. It ends up being too much work for this mama these days. Maybe we'll go again when the kids are a bit older?

My last concert was over two years ago. I went to three that year because we lived closer to home and Gaia spent regular time with her grandparents. Lightening Bolt, DeLuna Fest (number 1) and As I Lay Dying. Before that was Tool when I was 7 months pregnant with her. But before she came along it was at least 6 big concert every year (I worked to fund road trips and music festivals) and shows on a weekly basis. Oh how I miss those days...

But you're right. Something did change in me about how I would attend concerts now. Definitely prefer to sit, or at least lounge in the back. And I hate having to scream at people. Ugh.

There are a couple venues here with nice seats. I like those a lot now. We skipped Summerfest again this year because it's just too much of a hassle to be worth it to us now. Loved going to concerts in the past... I've stood outside in the middle of winter lined up to get inside and in the rain as well as hot ass sun. Awesome memories.

Wonder if Metallica will tour the old folks home? Hehehe