Rissa loves Sesame Street and has quickly learned many of the characters. Some she can even say by name like her favorite, Ernie. (I know, Ernie?)

It all started with a coloring book. She’d played with a few Sesame Street toys at Gramma’s house, but hadn’t really seen the show until recently. She has watched The Muppets and Fraggle Rock. She gets excited about those “momettes” and then we got her a Sesame Street coloring book.

With all her coloring books (Pooh, Sesame Street, Mickey Mouse, etc) she likes to point at the characters for us to identify them. She’s pretty quick at remembering who is who. She’s about 95% accurate when I ask her where “so&so” is and points them out. Rissa knows more of them than she can say.

But she really surprised us with Ernie. We would hear “where Ernie?” over and over. When watching Sesame Street, when reading, when coloring… So while nosing around at Babies R Us, we found an Ernie doll. 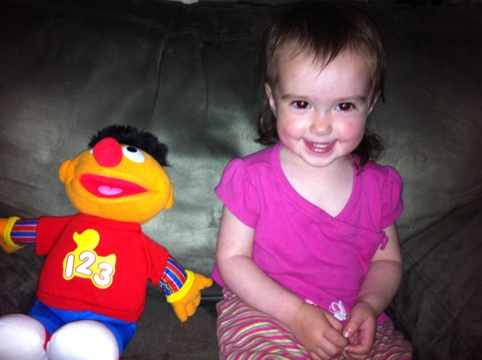 She was so excited, even when Cookie Monster and Elmo were presented as options. He talks a bit and sings “One little, two little, three rubber duckys.” Rissa asks for “duckys” and dances along. 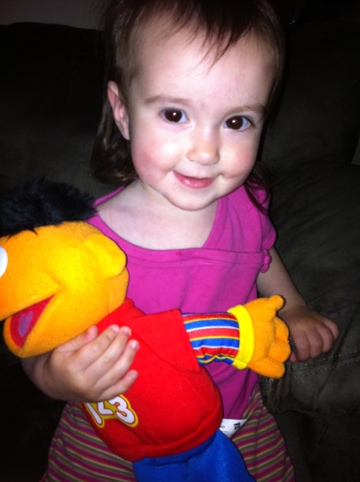 Upon waking up, one of the first things she says is “where Ernie?” whether or not he was brought to bed. She takes him almost everywhere now. It’s cute, but unexpected.

In fact, her My Little Pony has been demoted in rank. Ernie and Pooh seem to be the ultimate favorites right now. She loves them all and plays with all of them, but they get to go on walks and car rides the most!

Does your child have a favorite toy they take everywhere? Was it a surprise it became a favorite? 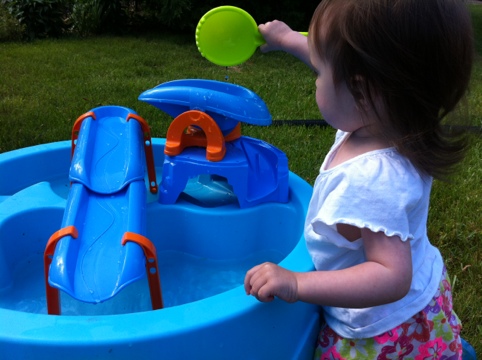 That is so cute!! My son's favorite is Grover. It is amazing how hard he is to find too

So cute, my daughter has the same Ernie doll!

That's awesome! He's not the easiest to find and now she's asking for Bert lol

So cute, my daughter has the same Denis doll!

DS's alien spaceship lovie is his favorite but never leaves the crib because we know we wouldn't be able to replace it; we cant find them anywhere!

Too cute!! Sesame Street was a favorite in our house as well.