All activities require adult supervision. This post contains affiliate links. As an Amazon Associate and a participant in other affiliate programs, we earn a commission on qualifying purchases.
45 shares

When one of my pregnancy apps congratulated me on reaching my 39th week of pregnancy on Thursday, I was surprised. When I opened it up to read about “this week in pregnancy” and it said

You are probably feeling eager, anxious and restless

I was like… um YES! HOW DID YOU KNOW? 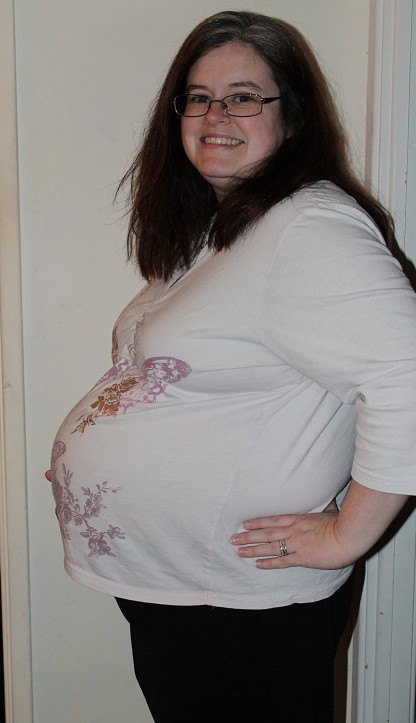 Again, I’m not sick of being pregnant… I just.. well…I must say… I didn’t think I’d be writing an update for week 39. I honestly and truly thought I’d have given birth by now! My mama intuition kept me thinking it would be around November 26th or 27th…. the 30th at the latest. Well, I’m going to fire her because she was wrong! Baby boy is making me eat my words. Obviously there’s a reason he’s not ready to leave yet, but goodness gracious I want to meet the lil guy.

Rissa wants to meet him too. She has started to ask about where the baby is and when is the baby coming home or coming out. Not only because she wants to play with the toys we picked out for him, but she wants to build a tower with him (she’s really into building with blocks right now). It’s cute but hard to explain to her that it’s not so simple. By now she must think the idea of her brother in my belly is pretty absurd and maybe he’ll never come out?

Meanwhile, I’ve gained some more weight and sleep is a double edged sword. Some days and nights I’m so exhausted I need extra sleep, but I hurt from laying too long. Other nights I stay up much too late (like most nights!) and get a little concerned that I won’t be rested for labor. I’m trying to keep it more balanced right now so I don’t get too overtired. Every other day I get a crazy spurt of energy and work on things around the house (like rearranging the nursery). Laundry has never been kept on so well ever in my life! 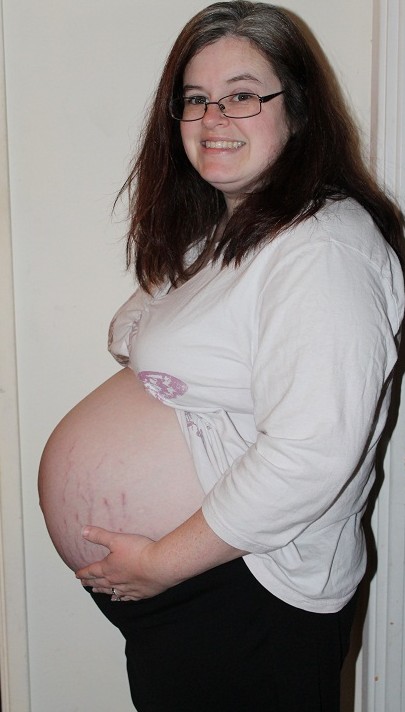 My belly is huge. It really is. I never got this visibly big with Rissa – I finally have a basketball-esque bump! More strangers notice and will ask when I’m due because this thing it pretty obvious right now. That combined with my waddle and my tendency to place a hand on the top, side or near the bottom of my belly for support (or lack of somewhere to put my hands) make it hard to ignore. I am not bothered by it and happily answer!

This week has been odd though. We didn’t really plan out grocery shopping or meals because of being “on call” so to speak. Unfortunately, that means we’ve gone out to eat more than usual lately. We’ve also gone shopping in one form or another just about everyday. Mostly it’s to give me a place to walk that’s not so cold (or dark… it gets dark so early now), but we buy something every time. Usually there is one thing we need or whatever, but it’s not our best planning. We’re both a little on edge! (Though me more so than Brian I think. Everything will hit him more once we go into action.)

I had another OB check on Friday where she examined my cervix again. I’ve dilated a bit more but not enough to say I’m over 3cm – I’m still considered 2-3cm. But, apparently I have a cervix that easily opens up (and quickly) once in active labor so that’s not a concern…at least it did last time! The biggest change though? Baby boy’s head has dropped quite a bit more! He’s now at -1 station. Another centimeter and his noggin will begin entering the birth canal. And let me tell ya, I can really feel the difference with how low he is now. I felt the change earlier this week – more pressure in my pelvis and just feeling heavier than when he was farther up in my uterus.

With those changes and my continued Braxton Hicks contractions several times a day, we do think he’ll be here within the next week. My OB knows how much I want another natural, unmedicated birth which means I want to avoid medical induction and/or a cesarean section unless medically necessary for our health and safety. Well, in the world of gestational diabetes, it is not uncommon for inductions and c-sections to take place by week 39. Thankfully my OB seems to understand that keeping my numbers controlled means that is pretty unnecessary. Plus, he’s not measuring large, rather he’s been measuring average to small.

Knowing that I had my daughter 10 days before her due date, that is part of my anxiousness. I figured he would come around the same gestational age as her. My OB said that this week is much more common for going into labor and we’ll likely see that happen with me. However, if I don’t go into labor by next Friday (12/7) then we’ll try stripping my membranes to see if that jump starts things. So yay to being given a little time beyond my due date of 12/6 if he hasn’t arrived by then! If he doesn’t come that weekend after the stripping, then we will have to discuss induction probably for early that next week.

So for now, I just keep plugging away at work on the blog and around the house, doing the best I can without knowing when I might have to drop everything for a few days. It was different when I worked outside the home because I was kind of running out of things to work on as I approached the start of my maternity leave. I was too good at getting all my coverage and such arranged ahead of time! I wish I could get ahead better with scheduling posts, but I just haven’t been able to do that. 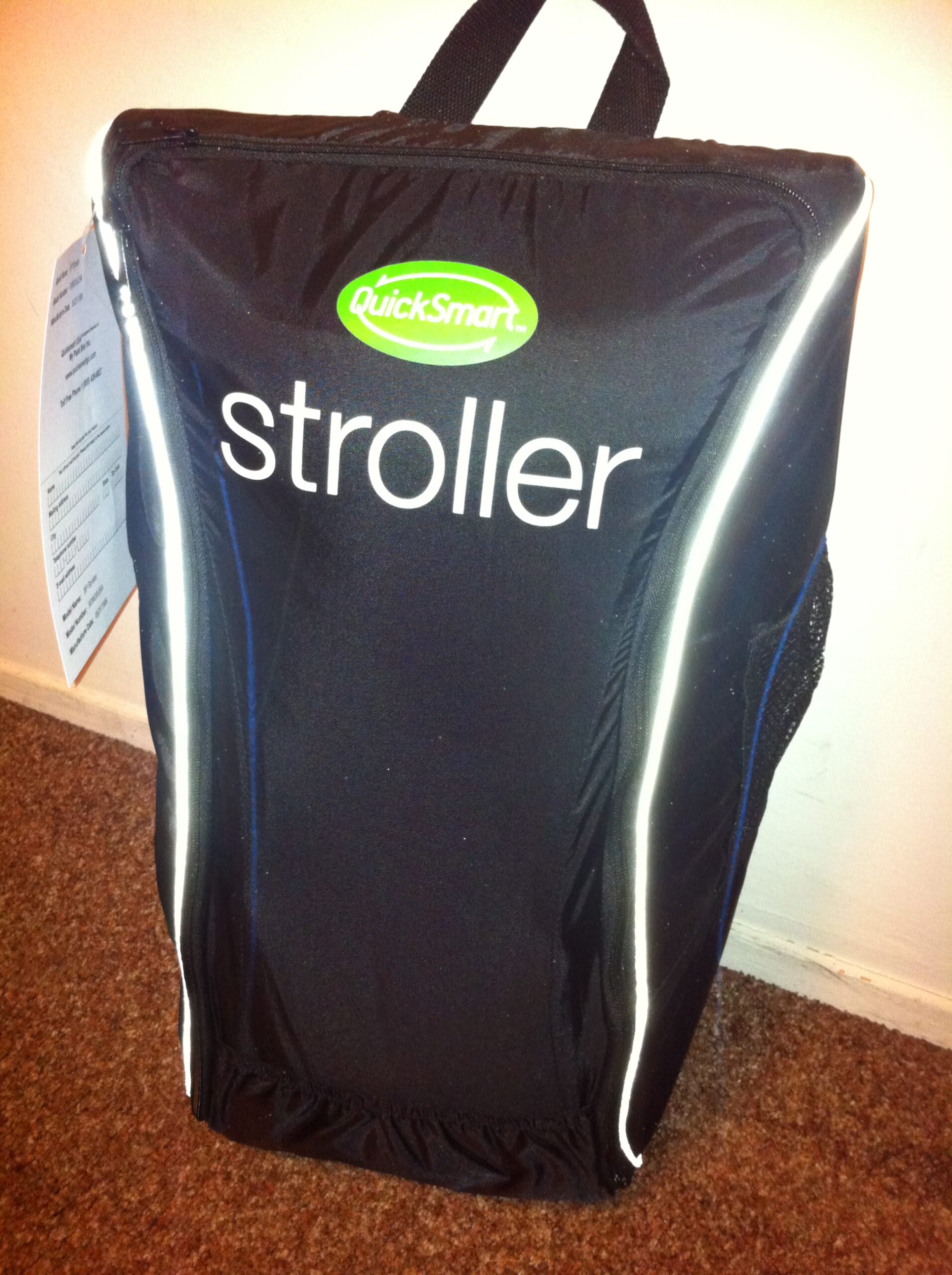 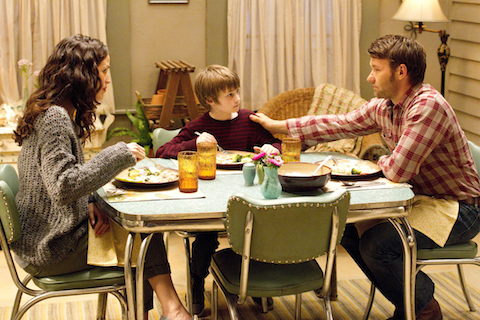 We are all anxiously waiting for news of that baby making his appearance. :-) Exciting times.

Hope you get a little rest before the big day! Now it's just when the little guy decides he's ready!

Love the belly picture Darcy! That boy is big. Can't wait to see the "He's Here!" update. Blessings to you and your family!