It’s time for the waiting game now that I’m 38 weeks and 2 days along. Baby boy was considered at full term last week, but now we are getting into the normal birth range.. and closer to the timing if when I had Rissa (in terms of gestational age). He can really come any day now. Thankfully I feel a tad more ready now that my labor bag is packed, I have a doula, and we have plan A, B and C for Rissa’s care depending on when I go into labor.

It’s exciting. Overall I enjoyed my birth experience with my daughter so I’m going into this one with a bit more knowledge and confidence. I’m going to rock it! The plan is to labor at home as long as possible, then go to the hospital for the final stage. I want to have another natural, unmedicated birth. This time I have no doubt I can handle it (aside from any emergency that may arise). As long as baby boy comes on his own by my due date, I shouldn’t need to be induced. 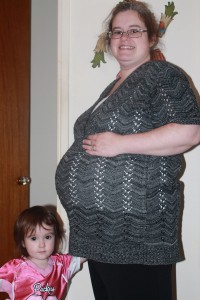 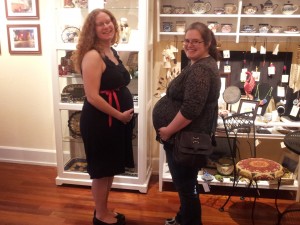 This picture was taken about 2 weeks ago (11/11/12) to show off my cousin-in-law’s baby belly and mine. I’m about a month farther along than her and it’s my second compared to her first. Amazing how different we can carry! But wow, how much higher it was just a little while ago.

I really hope that an induction won’t be necessary, but with gestational diabetes they don’t want to let him be overdue. My team and I are thinking we should be fine though. Earlier this week my OB check showed progress – almost 3 cm dilated! And he’s dropped a bit. Loving that my body does the prep work of early labor before I actually go into active labor. I’m noticing more contractions (Braxton Hicks or tightenings) everyday too. I still think it is strange I never noticed them last time. Maybe I just didn’t realize what I was feeling? Also, I feel him “digging” so he’s searching for his escape route…

What a change my belly has gone through from the beginning until now! 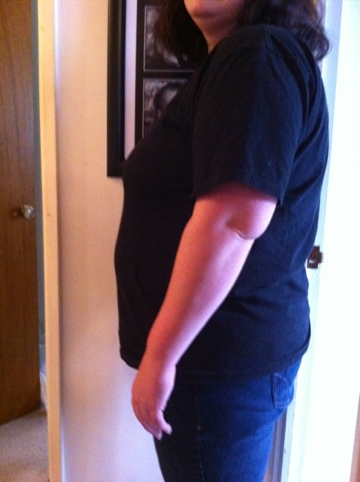 Left: About 4 weeks (just after positive test) / Right: 38 weeks with only about 14lbs gained

Recently my OB walked by while I was standing sideways and commented on how pregnant I looked. She said she usually sees me sitting or laying on the table so it was different to see my bump profile. Then at Sesame Street Live yesterday afternoon one of the ushers joked about her not wanting me to go into labor during the show. During intermission another mom turned around to chat and asked when I was due (she wasn’t seated yet to hear the usher’s comment).

The one question I struggle with though is people asking if I’m “done” or “tired of being pregnant.”  I kind of like being preggo, minus a few minor things. The gestational diabetes and extra monitoring can be a pain, but mostly it’s just inconvenient…. for me. I can deal with that. It is getting harder to do basic functions like move, get up/down, sleep, and I can’t bend over. But again, just a short term inconvenience. I’ve never really experienced being sick of being pregnant. I’m tired and can’t wait to meet my son, but I’m not in a hurry to evict him. Well, I only want him out before they can talk about inducing, but I’m not feeling desperate to get him out yet… if that makes sense?

Maybe it’s just that I’m so convinced he’ll be coming next week! 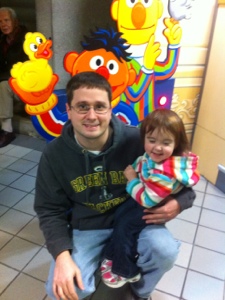 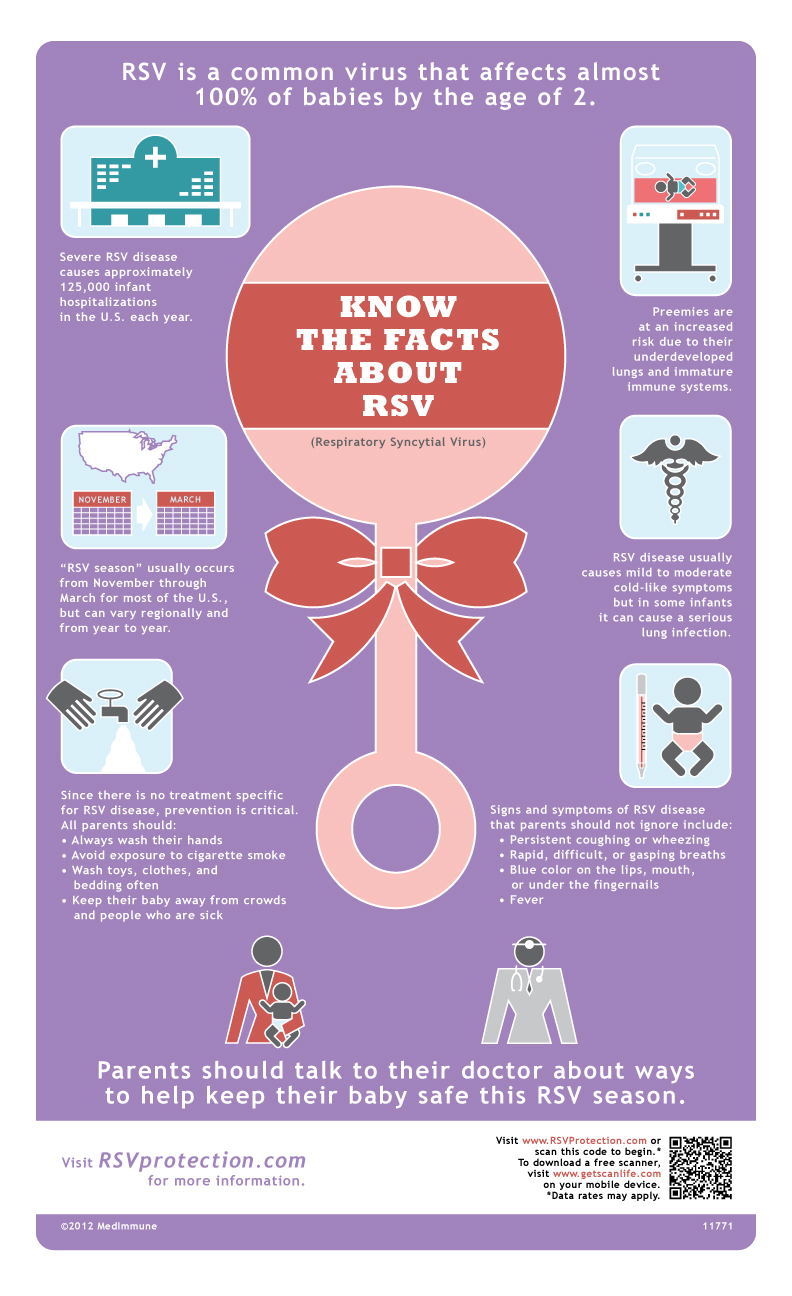 Wow, Thanks for sharing. It's been so long for me since mine were born. It's such an exciting time. Day by day, hour by hour. Hope you get to meet your son soon. :-)