How We Picked Our Children’s Names

I get asked quite often about my children’s names. My daughter’s name brought about questions while she was still in utero. When I was pregnant with her I happily shared the name we picked out, but I wasn’t as free with my son’s name until he arrived. People just have all sorts of opinions before baby is born and are less likely to be rude once the name is actually attached to a cute, chubby cheeked babe.

Thankfully no one has ever said anything negative about my name choices. We opted to go with slightly more unique names, but not “way out there.” We also tried to stay away from overly popular and trendy names. My hubby, Brian knows what it is like having a common name while I, Darcy, have a much less common name.

Until now, I haven’t really given the explanations of how we settled on our children’s names. When asked I usually ignored the question or would just say it was a name I liked. While true, it wasn’t the whole truth. 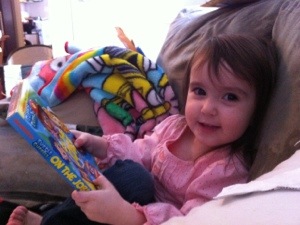 You won’t find her name in a baby book and it is not where I found it either. Pronounced Air-rissa (though Ah-rissa works too) it is often mistaken for Larissa or Marissa. It’s pretty sounding and pixie like, right?

Well, it was one of the elf names in a video game generator. I played a character by that name for a few years and even began writing a fiction story with Aerissa as the main character.

I loved the name so much that when we discussed baby names I just put it out there. This was at least a year before we conceived her. Brian liked it to and we kept it! Her middle name is passed down from her paternal grandmother’s middle name.

Fun fact: she has the same initials as 3 of her cousins and 1 aunt. 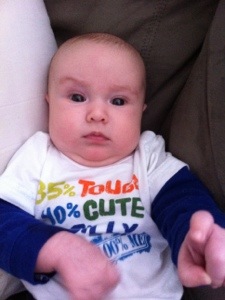 X’s name is much more common than his sister’s but still not overly popular. We decided on it back when we selected Aerissa for a girl.

Yes, we had both names picked out prior to being pregnant but were actively trying.

One thing that has surprised me is being asked how to pronounce Xander’s name. We’ve had more than one person ask (or say) Ex-an-der rather than Zz-an-der. Since it is a variation of Alexander I never thought it’d be said wrong.

Anyway, you know how I picked it? See, I love Vin Diesel. (Yes, this is the true story. Stop snickering.) Remember the movie Triple X? His name was Xander Cage. I liked the two names together but settled on Xander and carried on my dad’s middle name. For awhile we looked through Y middle names to see if we could give him the initials XYZ.

How did you choose your baby names? 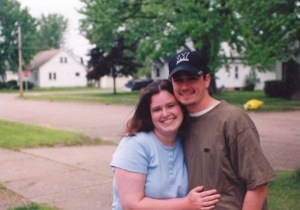 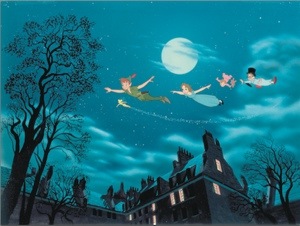 My oldest son's middle name is Xandre (Daddy's name is Alexandre) and we've had the same thing with people thinking it's Ex-ander.

It's funny the odd things you hear about names that you think are obvious to pronounce, isn't it?

cool names!! I don't have kids yet (im 16) but I have a conviction that boys need strong masculine named (like Xander) while girls can have more unique names (like Aerissa). That is why I want Henry and Jack for my sons while I want Nouvel (NOO-vel) and Rowen for my daughters lol Also will probably use Israeli names (my mom is israeli): I love Ofek and Gilad (hard G) for boys and Zohar and Sapir (hard P) for girls

I'm glad you like them :) I think Sapir is a very pretty name.

Who doesn't know Xander! He was great on Buffy! ;) I love your names and the stories behind them

Your children have beautiful names. I love them.

I don't have children of my own yet, but I have picked out a few names, even though I think you can't really decide the name until you see your child. What if the name you picked is Wendy and she doesn't look like a Wendy at all. :)

That's awesome! I picked Keegan out of my Mom's baby name book when I was in elementary school. I said if I ever had a boy with red hair I would name him Keegan because it's irish & means little & fiery. By time I was married & actually trying I decided it didn't matter if he had red hair or not I wanted that name because it's not common. My name wasn't common when I was growing up & it was great being the only Emily. There were 4 Jennifer's in my class throughout elementary school & I just thought that was such a horrible thing lol.

Before we found out he was a "he" we tossed around a girl name. Us & my Mom really liked Laennie (pronounced Lay-on-ee). Why Laennie? Because for 5yrs or so that was my half elf druids name in Everquest lol. I also started writing a story about a main character named Laennie lol.

If we ever do have a girl I'm not sure if she will be named Laennie or not now. I was already starting to consider other girl names before we found out we were having another boy & now after having a Keegan & a Kaden it only seems fitting for anymore children to have K names as well & Keegan keeps saying he wants a sister named Kiara.

Kaden's story is somewhat funny in that I was so in shock that he was a boy that I couldn't even begin to think of a name. Finally I jokingly said, "Well...if we want to stick with the K theme we could always name him Kaden". My mother in law said almost the exact same thing a while later & my Mom started saying the same thing but her name was Kaleb.

Both have middle names from family on my side. James (Keegan) was one of my favorite uncles names & Alexander (Kaden) was my great-great grandfather's name. Kaden kind of accidentally ended up with a family name though because we thought maybe we were set on Oliver when suddenly 2 nights before he was born my husband popped off with Alexander. I liked the way it sounded & I loved the meaning of it with Kaden. Kaden is English & means Fighter. Alexander is greek if I remember correctly & means Defender & Helper of Mankind. "Fighter, Defender & Helper of Mankind" just seemed too awesome to pass up.