A Visit With Santa

We “do” the Santa thing, but try not to focus on the naughty or nice aspect. We focus on the magical fun and the spirit of giving. I really enjoyed the Santa experience as a child. It was a tad disappointing when I learned “the truth,” but it kinda felt like I was in on this incredible secret.

While we encourage the kids to write wishlists to the big guy and leave out cookies on Christmas Eve, we don’t go to elaborate lengths to prove his existence. Rissa was quick to realize the Santa kids visit at the mall or in movies isn’t the REAL one. When she points out they are just in a costume, we agree.

As a kid, I was told they were Santa’s helpers. Rissa thought that made sense. After all, she has met Disney primcesses and other costume characters. It doesn’t make the fun of them any less.

Still, we didn’t want to go through standing in a long line and force the kids on his lap in case they got scared. 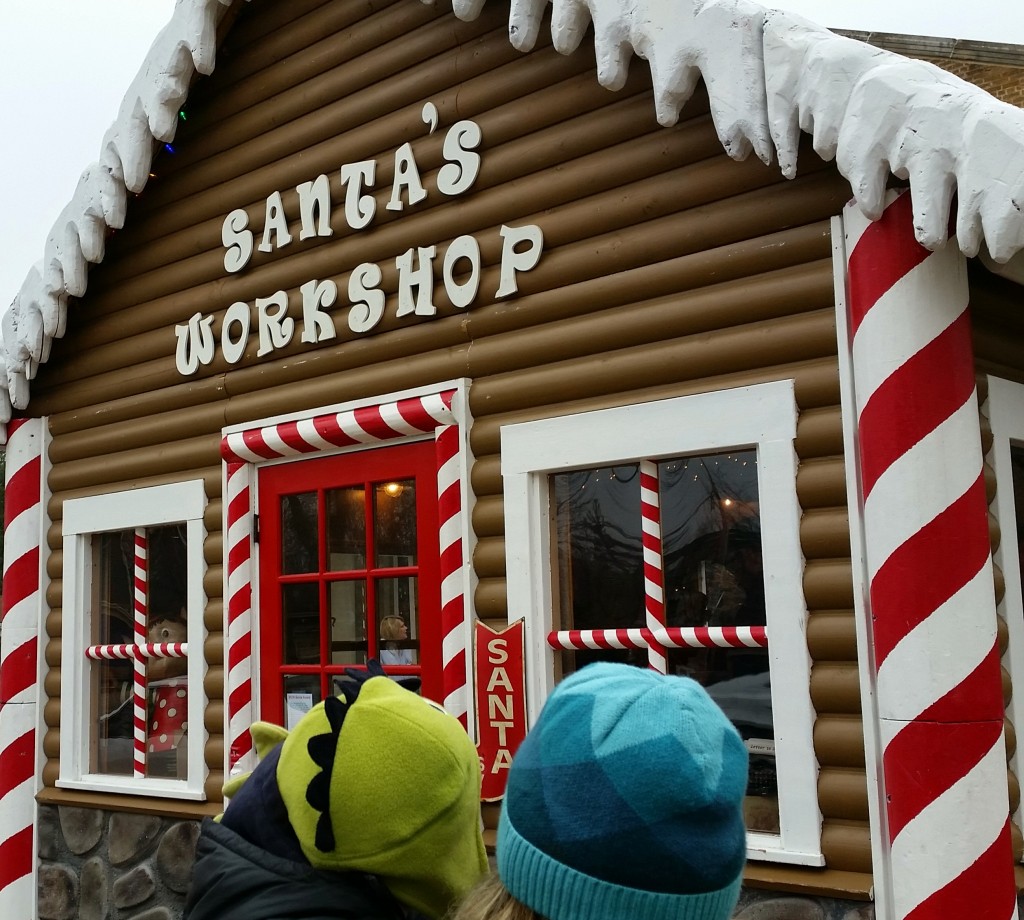 Then this year I looked into the Santa’s Workshop in Cedarburg. It’s a little building set up downtown where kids can visit with Santa and Mrs. Claus. We were able to sign up for a reserved time slot which greatly minimized wait times. (They do allow walk ups, time permitting)

We went with friends so it was more of a fun outing. We didn’t pressure the kids to sit on Santa’s lap and had a nice family photo taken. Xander was more interested in all the toy props than anything else. Rissa told him she wanted a blue Frozen bicycle and a Frozen helmet.

And although we try really hard to keep Santa’s giving unconditional, it was kind of fun for the kids to find their names on the Nice List hanging in the workshop.

The other day I asked Rissa to help write him a letter. She kept saying she didn’t need to because she circled everything she wanted in the Toys R Us toy catalog. With gentle coaxing about how it’s nice to send people letters sometimes, she agreed. Plus, she realized she forgot to tell him what Xander wants. I tried to write exactly what she said, but she got a little too silly after I wrote “I like your eyeballs.”

As we continue to explore and create our family’s holiday traditions, we found visiting Santa’s Workshop was a nice low pressure option (and free! Though we added a donation while there).

Do you take your kids to visit Santa Claus? 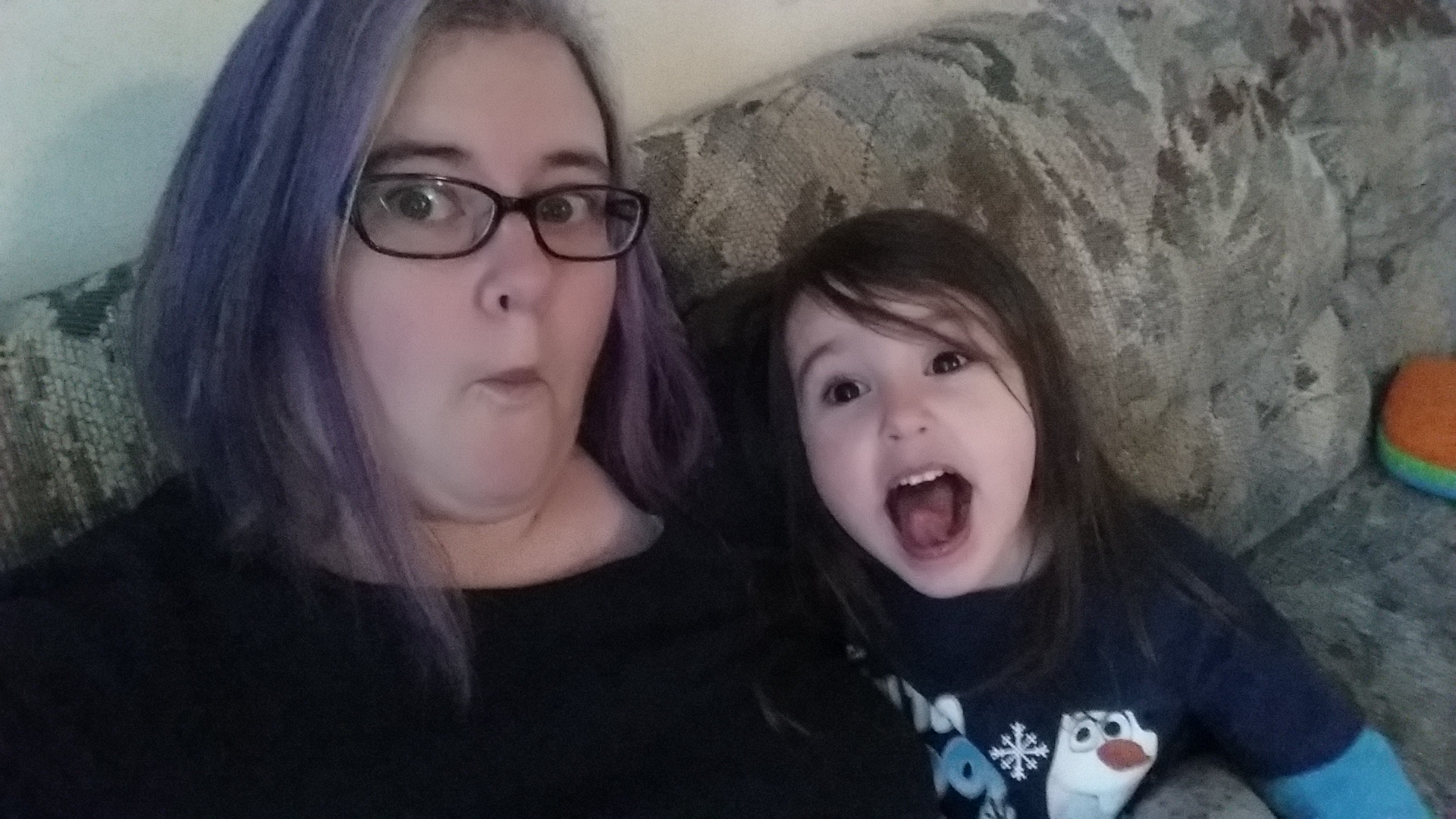