This One Time… I Got a Detention

This one time in elementary school, I got detention. It was the only time I ever got it. Since it happened at least 20 years ago (gulp) parts of it are very clear while other details are quite fuzzy.

I can’t quite remember what grade I was in at the time, but it was one of the upper grades at my elementary school. I don’t recall how our “game” started but there were these notes that were coveted on the playground. Whoever possessed most of them was the “winning” team.

It was our grade versus the second graders.

These notes had naughty words scrawled in childish handwriting and other taboo things. (Like stick figures with boobs.) We knew they were “bad” which is why they had to stay hidden. The point of our game makes no sense anymore, but we meant no harm. Really it involved a lot of chasing and bring chased on the playground. If you were caught with any of these carefully folded pieces of paper, you had to hand them over.

They were hidden all over. In our pockets, lunch bags, backpacks, desks and even in a vent on the outside wall of the school.

My friends and I developed a genius plan (or so we thought) to create fakes. Suddenly one set of notes quadrupled as we created copies (by hand) and other nonsense ones. Ones we could us to lure and trick the second graders with.

We should have known that an assembly line of grade school children rewriting dirty words was bound to get caught by teachers at some point.

Except we didn’t. Oh no, some of our classmates got scared at the prospect of getting caught and thus turned themselves in and threw the rest of us under the bus.

I’ll never forget the look of disgust on my teacher’s face as the ever growing mound of naughty notes sat on her desk while we cleaned out ours. She was completely appalled by each one she read.

I swear she thought we were all deeply disturbed children. Truth was we didn’t know half of what we wrote even meant. Most of it sounded funny.

Totally aghast she turned over the notes to the guidance counselor. We all received a talking to about how inappropriate the notes were. We thought that was the end of our punishment.

But no. Oh no. We all received detention slips. Little white receipts that provided proof of our naughtiness. Papers we had to get our parents to sign before serving our detention.

The detention was nothing. Getting that signature was the real punishment. Some of my friends literally cried in protest. Some schemed to forge it (but were entirely too scared to actually do so).

And those kids who ratted us out? They cried the loudest and insisted it wasn’t fair because they stopped playing and turned us in. Ha!

That day was the longest walk home from school in my life. I clutched that crumpled piece of paper, not knowing how or when to present it. I showed it to my sister first (she’s 10 years older than me and was living with us at the time). She warned me that my dad would be mad and I had to tell him about it.

Once he was settled in after work, I timidly approached him. My sweaty palms tried to smooth the wrinkles out of the paper.

“Dad?” my voice squeaked. I couldn’t look at him.

“Hmm?” he waited, appearing to be in a good mood.

I handed the detention slip over and braced myself for what was to come.

I looked at him, confused.

“Obscene language? No, not my daughter. Where would she learn that?” he said sarcastically. Anyone that knew my father knew he was the king of double meanings and dirty (but funny!) jokes. “You got a detention for this? Good. I was starting to wonder if you were normal. You never get in trouble.”

He signed the slip and I never got another detention…just the occasional name on the board for talking too much. 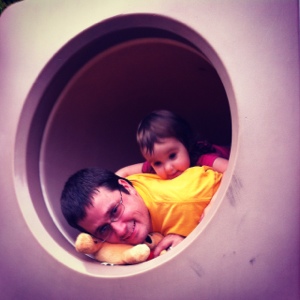 13 Reasons Why I Love My Husband
← Read Last Post 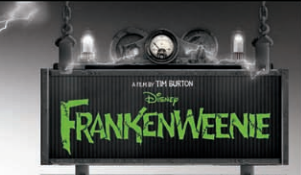 Haha! I'd really surprise you in person then. I've toned it down a lot but a few drinks... yet Rissa is all repeating a few choice words. Oops!

lol..love the story and your Dad's reaction. Yes, the dirty words are bad, but we're all guilty of it and you could've been doing so much worse. If the worst thing my kid gets in trouble for at school is some bad language I'll be thrilled.

I think that's what my dad was happy about...it could have been worse! We didn't even know what half of them meant lol

LOL! I never got a formal detention but I was "benched" once. We were all supposed to be outside for recess but I snuck back inside to play the Etch-a-Sketch. I had to sit at the desk with my head down for the rest of recess.

Aww! I went thru a stretch where I didn't want to go outside. And etch a sketch - your first laptop ;P

I had detention once, too - I don't remember why, though! I remember it was in the theatre room - and there were movie posters all over the wall.

It's funny how some details can be so clear while others are a complete blur. Their importance doesn't seem to matter either.