Unfortunately I missed out on this chat discussion, but still wanted to share it with all of you! I have been thinking more about toddler discipline since Rissa is soooo curious but doesn’t listen very well. I know she has to learn to listen and I know repetition in key, but sometimes she’s acting out and not just merely exploring. She has already perfected the limp rag doll and can really squirm and buck. She has hit and pinched me a few times, but those were dealt with stern nos, stern unhappy faces, and redirection. She tried to bite once too. It’s usually related to wanting attention though, so I’m learning her cues so I can head off meltdowns. It’s hard when she gets SO MUCH attention already, but some of her frustrated times I didn’t have a good reason to ignore her….

Anyway! Take a look at the discussion and share your tips, questions and concerns in the comments!

This week’s moms include Mariah from Formula Mom, Ashleigh from Living Off Love and Coffee, Cyndy from Mama Does It All, Emily from Nap Time is My Time, Ghada from Mama Goes BAM, Leila from The Go To Mommy, and Valerie from Valerie’s Reviews.

Mariah: Even though W is only 14 months old, I have a feeling that the toddler years are going to be busy ones. He is a busy boy and when he doesn’t get his way, we all hear about it. It has me wondering what he’ll be like when he’s two and three. It also has me a little scared too! As a teacher, behavior management in the classroom has always been one of my strengths but I have no idea what to do with my little guy at home. How do you handle discipline when it comes to your toddler?

Ashleigh: Currently, my only options are saying no and a little tap on the hand. With a 10 month old I am limited on what he can understand and what will work. Like you Mariah, I am worried how he will act when he’s older, as right now he is already quite opinionated. I have thought about time outs in the future but I have seen that fail to many times, I do not know if this is on the parents behalf or strong-headed children.

Cyndy: It has been difficult for me but has become “easier” as we try different tactics and have been able to see what works. A timer has been helpful to me in terms of setting limits for how long we will do something and also for time out. I always explain it to her after. Gwen is a smart little girl and some things like taking things away have been less effective with her.

Mariah: When W is getting into things, we tell him no and redirect him or move him. It doesn’t always work but it’s a start. I figure if we get into the habit of being firm and following through then it will be easier when he is older and understands more.

Emily: Since turning 2 1/2 in January, The Boy has been asserting himself more and testing the water to see what rules are bendable. Rather than let situations escalate, I remind him when he starts to do something that doesn’t fall within our family rules. For example, I don’t let him have all of his toys out at once – he chooses one activity and then moves on to another after cleaning up. I find that time outs are a wasted effort – if something escalates that far, it’s because I wasn’t being fully present as a parent. (Chances are I was chatting with y’all on Facebook!) For timeouts, we do one minute per year old, I guess now he’s up to 2.5 minutes.

I want to add that I’ve been consistent with our family rules for his entire life. For example, once he started walking he was responsible for cleaning up his own toys/books/etc, which we call “work”. Using the term “work” is helpful when I say “Don’t touch that laptop, it is Daddy’s work.” or “Markers are not your work, but crayons are.”

Ghada: My little guy didn’t really go through the terrible 2s, but did have a bit of the troublesome 3s. Now at 4 he is really asserting himself and testing the boundaries. We try time outs and talking about good and bad behavior and what behavior we want to see. But, it’s like groundhog day – the good behaviors just don’t seem to stick. He’s really well behaved, but there are just certain little misbehaviors he continues to do over and over. We’re looking for some new disciplining techniques to deal with our clever little man.

Emily: What is he doing specifically when he misbehaves Ghada? And Mariah you’re off to a great start with being consistent, but it isn’t any easier as they get older!

Mariah: Consistency is one thing I’ve learned as a teacher! Set your expectations and follow through… every time!

Ghada: It’s mainly “Mo, I won’t do ______” which turns into a bit of a fight. He’s normally really good at helping out around the house, so when he says no he won’t get the forks out for dinner/put his shoes on/pick up his clothes it really pushes my buttons and I think he knows that.

I try not to descend into fighting with a toddler, but sometimes …

Ashleigh: Emily, I love that you call those things “work.” My son loves to play with our things all the time and I have been trying to think of a way to help him understand with simple wording besides no that he cannot play or touch with them.

Emily: All of his “things” are “work”, as are my things and The Texan’s, too. He understands and knows that certain items are off limits. Not to say that he doesn’t touch things he shouldn’t! And, Ghada have you tried “we can put your shoes on while you sit on the chair or on the couch. Which would you like?” Gives the sense that he’s making the choice, but you are still accomplishing your goal.

Leila: I just did a post on this! I am in human growth and development for school and my instructor is a play therapist. She recommended giving the kids the choice. For example (with my 3 year old), he can choose to go to bed as asked or he can choose to not play the Wii the next day. And we follow through with the consequence. After the first day (he didn’t think we’d hold his decision to him) he understood we meant business. 9 times out of 10 he makes the right choice and life has been much smoother around here!

Mariah: Emily, I also like the idea of calling it work! I will have to steal that idea! I also plan to incorporate choices as W gets older. That is what has always worked with the challenging students in my classes.

Valerie: Consistency and follow through are super important here but so is forgiving the behavior some of the time. I want them to know every one makes mistakes sometimes but you have to learn from them. I make it clear that the next time there will be punishment and it works for us. This is helpful for the behaviors that are out of the ordinary though.

Leila: My mother in law always says they made a bad choice or decision. It is never that they are bad, but their choice was not a good choice and the behavior was bad- not them. Building up their self esteem!

Mariah: Leila, I think that it’s important to focus on the action and not call the child bad. It definitely has to do with the action that is taking place, the decision they are making, and not with them and who they are. We are the ones who are responsible for disciplining our children and building them up at the same time. It sounds like the one thing we have to remember when handling toddlers is that we have to be consistent and stick with it! Thanks ladies! 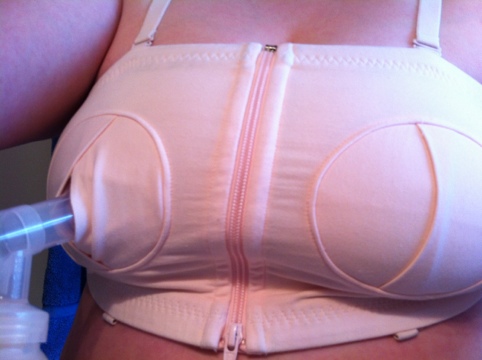 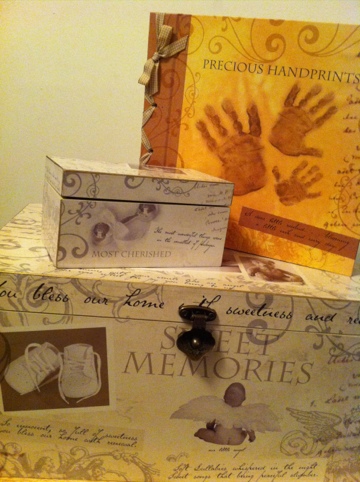 Preserving Memories With Once Upon a Family {Baby Keepsakes Review}
Read Next Post →
Click here to cancel reply.

I will have to keep this discussion in mind as my 6-mo girl already seems like she'll be "strong-headed" as Ashleigh calls it, lol. She's definitely the product of me and my hubby!

My kids are between 14 and 21 so mu discipline has taken on whole other tactics. I can actually remember what it was like to be their age as opposed to remembering being a 2 yr old and how it felt to generally misbehave without knowing it