Happy Pancake Face & Cloudy With a Chance of Meatballs 2 Review

All activities require adult supervision. This post contains affiliate links. As an Amazon Associate and a participant in other affiliate programs, we earn a commission on qualifying purchases.
7 shares

Disclosure: We received a copy of the movie to review.

I don’t often make fun looking food plates for my kids because… well… I don’t have the time. Or, it goes unappreciated and doesn’t actually help the food get into their bellies. But once in awhile I’ll surprise Rissa with a speciall meal like this Happy Pancake: 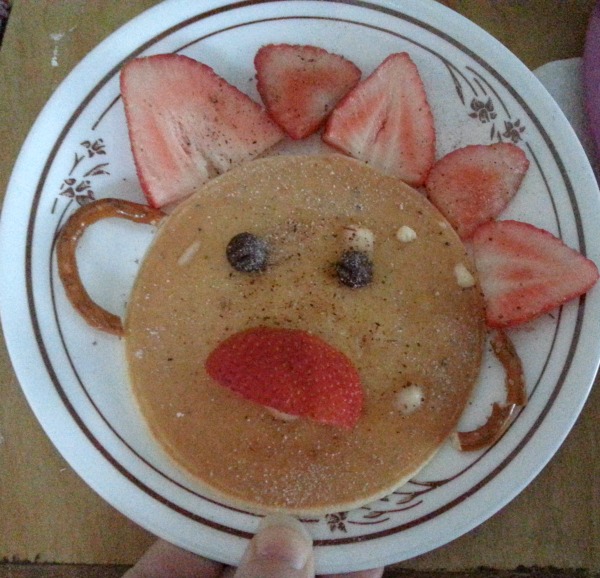 She loved it and thought it was so silly. I used a De Wafelbakkers frozen pancake for the face, broke a pretzel in half for ears, sliced strawberries for the hair and chocolate chips for eyes. Half a strawberry was supposed to look like it was sticking its tongue out at her but she thought it was a nose. I did this without really planning and of course she loved it more than any other pancake face I’ve ever made for her!

So, when we watched Cloudy With a Chance of Meatballs 2 and met the foodimals, I thought of this pancake face I’d made a couple weeks earlier. (I mean, it looks kind of like Flint on the cover of the movie case, doesn’t it? Haha) 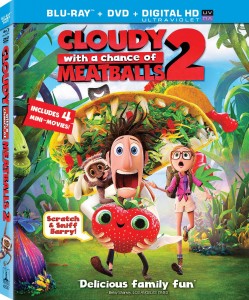 We enjoyed watching this movie for a family movie night. It’s rated PG but I felt the content was okay for my 3 year old to watch. There were jokes that she didn’t understand, but overall it was a funny movie for everyone. It’s been awhile since we watched the first one, which I thought was cute, but I think I liked the second one better. At first I wasn’t sure how well a sequel could do for this story.

Flint Lockwood’s crazy machine crashed and is still creating food. Everyone evacuates off the island while The Live Corp Company (a group of inventors and scientists which is headed up by Flint’s idol) tries to clean up the food storm from the end of the first movie. After taking a job with Live, Flint is eventually asked to go back and try to locate his machine to save the world from living food animals (foodimals). The threat of cheese spiders is deliciously scary.

Without spoiling too much… the gang heads over and find more than they bargained for. What seemed like an easy task is not. There is a very Jurassic Park-like moment when they see all the foodimals. Some are quite clever! The sweetest foodimal of all though is Berry, the strawberry they find in an abandoned building. As they look for Flint’s machine, the group gets split up, chased, and Flint has some big decisions to make.

Like the first one, it has good animation and a good cast of comedic voice actors. I always appreciate when subsequent films are keep the same actors.

I almost feel like there is a broader message about knowing your food (or what’s in it) but maybe I’m reading too much into it in that aspect. It’s still an entertaining tale of food and friendship. Team work and imagination. And now…. I’m hungry.

We are an Amazon affiliate. Thank you! 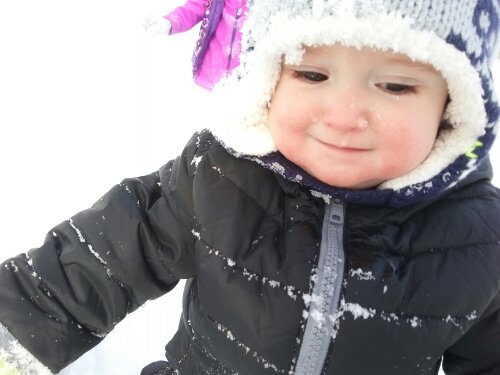 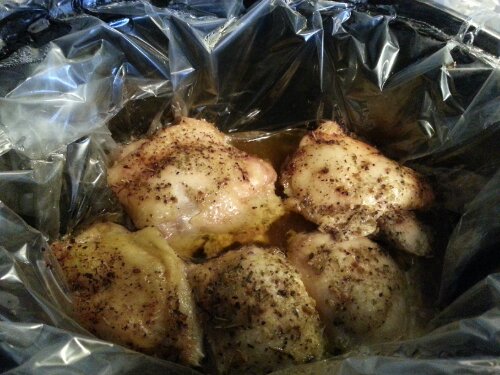