This is a follow up to our previous post which highlighted the safety features of the BRITAX Advocate 70-G3 car seat. In this post I’m sharing a video with you that goes over the “Safety You Can See” features and also demonstrate putting both of my kids in the seat. We appreciate working with BRITAX and receiving the seat in order to test it out. Please note there are Amazon affiliate links included in this post. We appreciate your support! 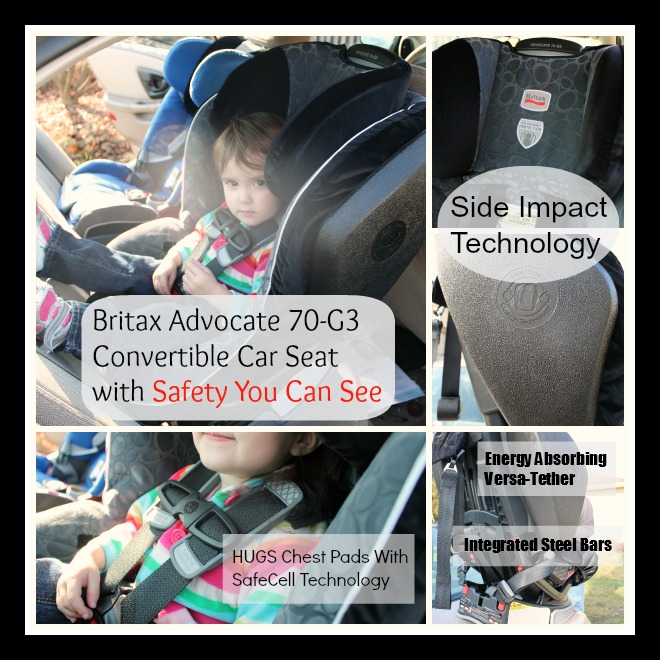 Wow, this car seat is loaded with great safety features, isn’t it? This does add weight and bulk to the seat, which may be an issue depending on your vehicle. It takes up a considerable amount of space in the back seat of our Chevy Malibu Classic. I’m short, so moving my seat forward isn’t a huge deal. It’s wide too, but we don’t use the space between the carseats much anyway besides a diaper bag or toys.

I love the harness adjustment on the BRITAX Advocate, because taking apart seats to rethread harness straps is a huge pain in the butt. With multiple kids I like having the option to easily readjust it for whoever will be sitting in it. However, this seat has not become a permanent fixture in our back seat yet.

Although it is rated for use from 5 pounds through 70 pounds (up to 40lbs rearfacing; rear-facing up to at least age 2 is recommended by the AAP), I found the HUGS chest pads to be cumbersome with a smaller child. Once I removed the black strap covers, it was easier to tighten properly for my son. I’m not sure how well he would have fit in this seat earlier with the HUGS pads though. (There is a separate insert you can buy for positioning smaller babies which I do not have.)

The main reason this seat isn’t in the car full time yet is because I prefer an infant carrier style seat in the earlier days. Throughout winter I definitely did not want to take him in and out of seats, especially if he’s snoozing. He is quickly approaching the size I prefer for switching to a rearfacing convertible car seat.

A study released by the National Highway Traffic Safety Administration (NHTSA) revealed that 59% of child harnesses were too loose.

One feature I was really excited about did not work in the way I thought it would. When I had my daughter, I was terrified that I did not have her belted in properly. It always looks too tight to me, but most car seat harness belts are too loose!  The Click & Safe audible helps let you know when the belt is within appropriate range.  As you could see in the video, the clicks started well before I thought Xander was secure enough. It was more accurate with my daughter.

It is important to note that the audible click is NOT intended to indicate the straps are secure. It is a secondary feature to assist with signaling that the belts are within range of appropriate tightness. It is very important to still check how secure your child is in the seat. I left that part in the video to show you that it did not work in the way I initially thought it was supposed to work.

Interested in checking out more information on the Britax Advocate or other reviews by people who have purchased the seat? Take a look at the BRITAX Advocate 70-G3 car seat on Amazon.

What features do you find most important when shopping for a car seat? 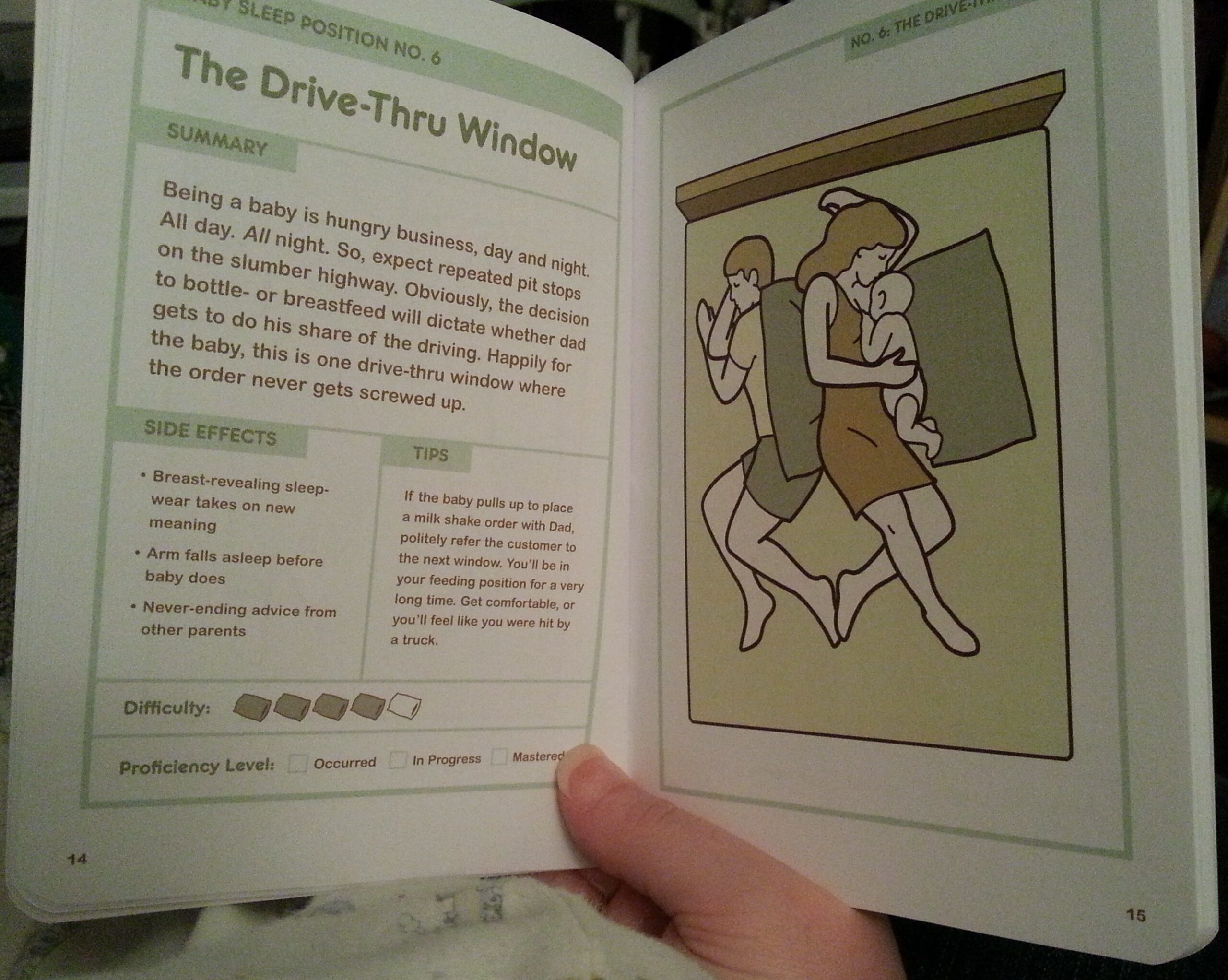 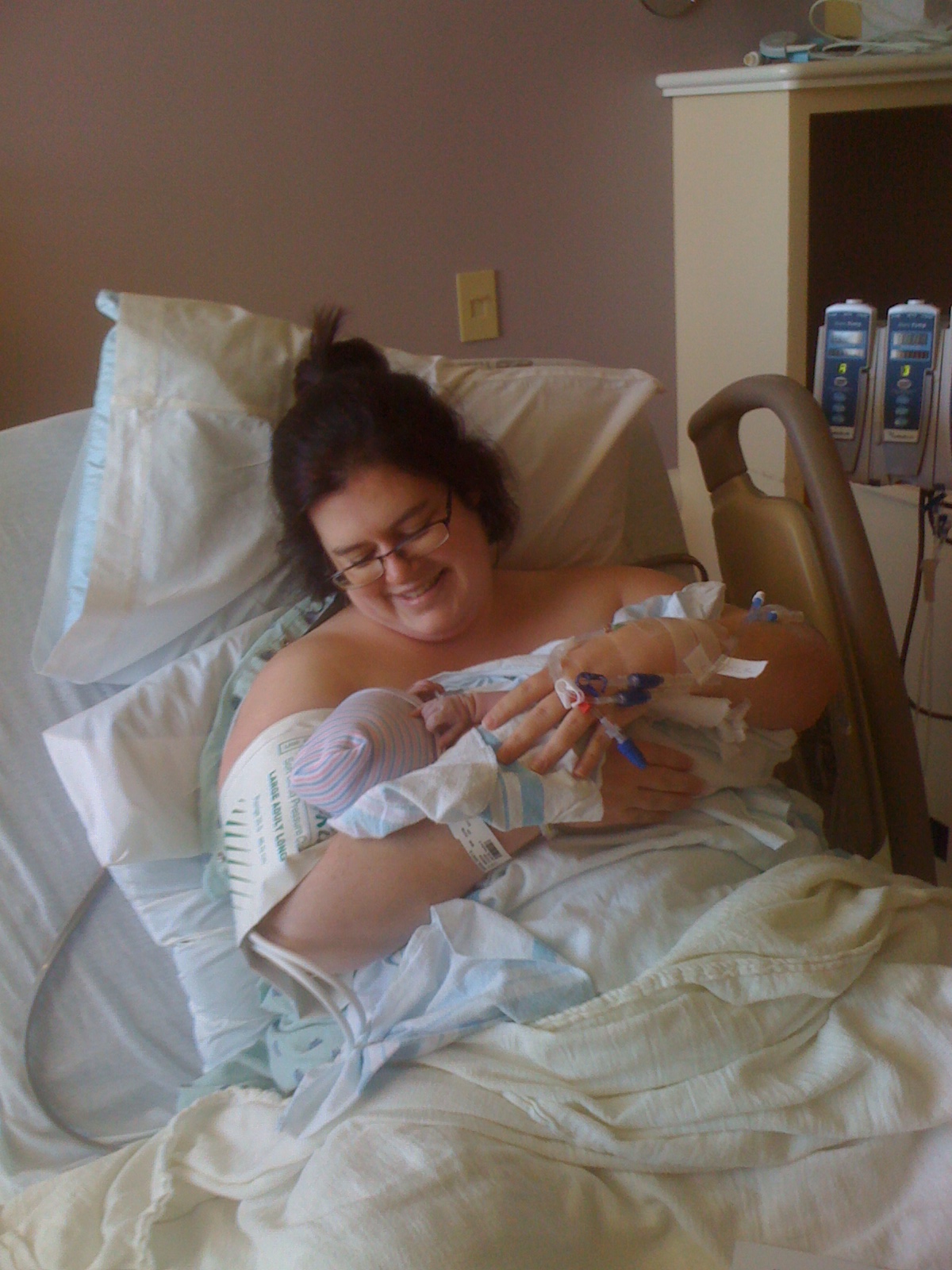 We have this one too, and LOVE it! I'm partial to Britax, because of their great products.

Liz @ A Nut in a Nutshell

Like you, I preferred to just bite the bullet and get two separate seats instead of a convertible, but at least this has the option. I also kinda like that it's big and bulky with its protection. :)