Breastfeeding and Dealing With Feeling Touched Out

All activities require adult supervision. This post contains affiliate links. As an Amazon Associate and a participant in other affiliate programs, we earn a commission on qualifying purchases.
64 shares

Our breastfeeding relationship is still going strong at almost 14 months. Problem is, I’m feeling touched out. I’ve been feeling touched out for about a month now and it’s not going away really. Some sessions it is worse than others. I don’t think it’s getting worse though … for now.

What is Touched Out?

Feeling touched out is when someone has been touched a lot and they are not welcoming the touches anymore. A lot of moms (breastfeeding or not) can experience this after a day full of children pulling and tugging on them. It’s often why I don’t feel like being intimate with husband even though I want to be close to him.. I just don’t want anyone else to touch me for the rest of the day.

How Does it Affect Me?

It’s definitely a sensory thing and I’ve been surprised by the strong feelings it can invoke. Sometimes I just have to put my daughter down because I need her to get off of me. I have no personal space since giving birth and some days I want it back.

From what I understand, feeling touched out is completely normal and varies from person to person. Some touching that never used to bother me now makes me want to climb walls. It’s weird and turns on my mommy guilt.

The worst of it is when Rissa is dozing off while nursing. She wants to grope around with one hand. She’ll rub/pat my belly, pat my chin, touch my nose, pull on my lip, and more. The worst offenders are the touches I’m not comfortable with coming from her and escalate my touched out feelings. These need to stop, and hopefully will resolve my feelings of being touched out: pawing at my mouth (jamming her fingers in my mouth, scratching and pulling on my lips), pinching and rolling the skin of my breasts, shoving her hand into my cleavage, pinching/twiddling my nipple, and anything else like those already listed.

I have no idea why she wants to play with the other nipple while she nurses from but it is driving me crazy! I’m trying to redirect her to stop the unpleasant behaviors but sometimes it is very difficult, especially when she starts to throw a fit. I will cover the other breast and push her hand away, but sometimes she fights back with tugging, pulling, hitting and crying.

I really hope to finish our nursing relationship without the feelings of being touched out, but I’m not sure if that will happen or not. Will they both end at the same time?

Have you ever experienced this? 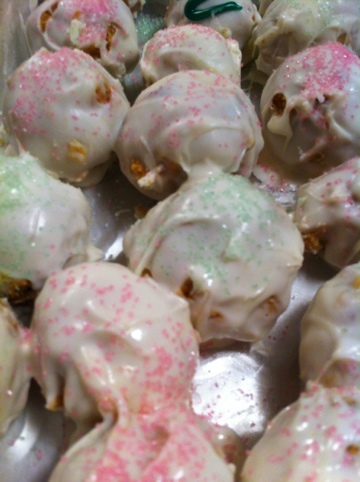 Breastfeeding a toddler isn't "extended breastfeeding" it's just nursing to natural term. 18 months and still full steam ahead! My daughter tried to play and pay at my breast from infancy. As she grew older she moved towards my mouth and face. I get touched out during the MOTN nursing sessions, because I just want to go back to bed! Last night was rough that's why I'm hear reading this. Sigh...

I'm sorry you had a rough night last night, Brittany. It can be very exhausting. You reminded me that I need to write a follow up! My kids are now 5 and 3 years old and both nursed until a few months after their third birthdays. One was a nipple twiddler and the other liked to dig in my belly button! Grabbing at the mouth can be frustrating and they aren't always easy to redirect - no matter how many times you do it. You are doing a fantastic job and I thank you for stopping by. (Also feel free to send me an email, tweet, or PM if you need to vent!)

The twisting/pulling is called "nipple twiddling" and it's normal for babies 9 mos & older. They use it like a double pump to stimulate the milk let down. (I learned from lactation consultant). So I allow it at first if gentle, but I redirect any harder pulling & move the hand later. A "lovey" to hold/focus on during nursing definitely helps. But the overall touch overload: so hard some days!!

Thanks for this post! It helped me to better understand why I may be feeling this way!

You are welcome! I'm happy to say that it went away and we are still nursing. Occassionally I'll feel it again but it's briefer.