This twin birth story comes from one of our readers, Erin B., a mother of 4. She was always so encouraging when I posted about my pregnancy on our Facebook page, especially when I was considering a doula. After she shared her story with me, I thought the rest of you would be interested too and asked to feature it here! After you read her story, check out the end of the post to find out how you can contribute a parenting story too.

Oh and she has a recipe for lactation muffins that you should check out. I want to make them….

It started with a fascination

I have always been fascinated by twins. I read an article in a kid’s magazine when I was around 8 or 9 years old about the annual Twins Days Festival in Twinsburg, Ohio. I thought to myself, “I’d love to go to that someday.”  I was totally bummed out that I wasn’t a twin myself. I figured I’d just have to have twins when I grew up.

I met my husband my senior year of college in a Russian language class. We became friends on a Spring Break trip to Mexico and began dating a few weeks later. A year later we were engaged and married a year after that, in 2003. On March 11, 2005, I took a pregnancy test and it was positive. I made an appointment at my OB/GYN’s office and they ordered blood tests. My hCG levels were really high and they thought I might be pregnant with twins. I laughed, but a part of me hoped it was true. It wasn’t – I was carrying just one baby. A boy, we found out at the sonogram done when I was 20 weeks. We were thrilled.

I knew I wanted a natural birth – no interventions or medications unless absolutely necessary. I hired a doula and watched videos of waterbirths. I read books. I wrote a birth plan. I ended up with gestational diabetes and was Group B Strep positive, which limited my options a little. I gave birth to my 8 lb, healthy baby boy after being a warrior mama for 39 hours. The hospital and staff really were wonderful, though. They never offered me drugs, they followed my birth plan to a T, and they left me alone to labor in peace. I birthed my baby on my terms and afterwards, I felt like a superhero. I was sore, but I could have taken on the world.

I knew right away I wanted more children. It took longer to get pregnant than I would have liked, but I knew right away something was different. I had a positive pregnancy test 4 days before my missed period. I again had blood work done and my hCG levels were skyrocketing. I looked several months pregnant at just 4 weeks. I felt great the first 2 ½ weeks, but by week 6, I was sick. Very, very sick.

At 8 weeks, I went to the ER because I was severely dehydrated. I was diagnosed with Hyperemesis gravidarum (HG) and given a prescription for Phenergan. It knocked me out and really didn’t help with the vomiting. I was having a very hard time being the primary caregiver to my 2 year old son and had to ask family to come help with him. At 9 weeks, I was back in the ER, this time in much worse shape. I couldn’t keep anything down at all, not even sips of water.

We trekked to the hospital in the middle of a tropical storm and their ER was flooded. They started to turn us away until they saw how bad I looked. After IV fluids and a dose of Zofran, I was feeling a lot better and was able to eat something. I then took Zofran twice daily until around 17 weeks when I was able to wean off the medication. Even with insurance, it cost $4 a pill so as soon as I was able to, I stopped taking it. It did its job – I was able to eat without throwing up. But it didn’t curb the nausea. I still felt awful almost all the time.

I was convinced from the moment I learned of my second pregnancy that there were 2 babies in there. I just felt different. I just knew. I saw a CNM at my OB’s office around week 7 and mentioned that I thought I was carrying twins. I wanted to have a sonogram to confirm. She answered that they didn’t do early pregnancy sonograms until 12 weeks. Then she felt my uterus. She immediately said that it would be ok to do mine early and I should come back at 9 weeks.

My husband had to work the day of the sonogram so it was just me and the little guy. I was still so convinced that I was pregnant with twins that I would have been shocked if the tech had only found one baby. Sure enough, about 10 seconds after pressing the wand to my belly, she asked, “Did you know there were 2?”  I answered, “Yes, and no.”  I called my husband on the ride home and he was shocked. I’d been telling him for weeks to be prepared for 2, but I guess he didn’t believe me.

Around the time I was able to stop taking the Zofran, it started getting hard to walk. My hips were separating and I was in constant pain. My belly was just expanding too fast for my small frame. I lost mobility and ended up in a wheelchair just to get around the house. I had to sit on a stool in the shower. It was extremely hard to care for a busy 2 year old when I could barely move.

At 20 weeks, just before our son’s 3rd birthday, we found out that the twins were both girls. Fraternal, by the looks of it – their faces were shaped differently and they were different sizes.

At 25 weeks, just a few weeks before Christmas, I was back in the hospital. This time, I stayed overnight in the antepartum ward. I was having contractions and had to be monitored overnight. I was sent home on strict bedrest. I was allowed to get up to use the bathroom and take a shower, but other than that, I wasn’t to leave my bed. We had to hire a full-time babysitter for our son. 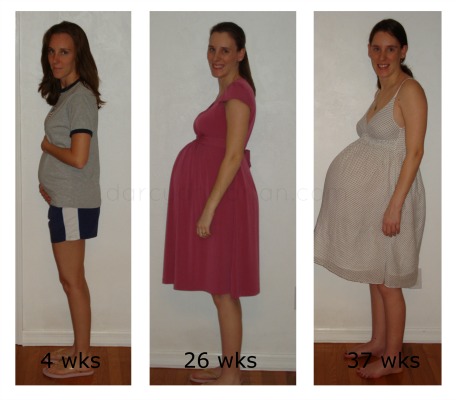 We were all concerned about how long I would be able to carry the twins, but the weeks just kept going by. I was more and more miserable, but very glad that my girls were growing bigger and that they were still safe inside me.

By 37 weeks, my body was really starting to fall apart. I was feeling sick, I couldn’t walk or stand at all and I was starting to lose it emotionally. A sonogram indicated that the girls weighed around 7 pounds each and the OB, my husband and I began discussing induction.

Stay tuned for the rest of Erin’s twin birth story. Part 2 will be posted next Friday!

Are you interested in being featured on Tales From the Nursery? We would love to hear your story about trying to conceive, pregnancy, childbirth, breastfeeding, or another parenting topic. Please email me at darcy@darcyandbrian.com to let me know what you’d like have featured. Thank you!

All images in this post belong to Erin and were used with her permission. 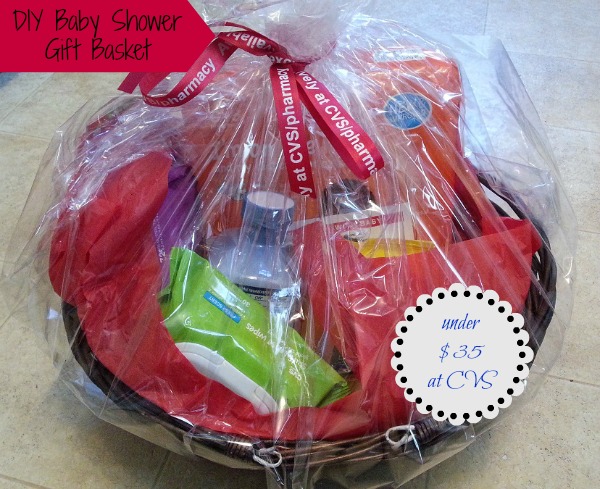 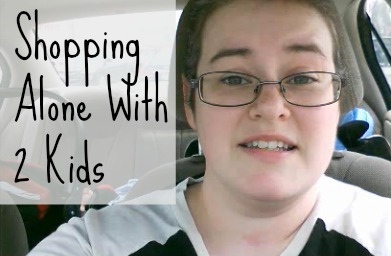