All activities require adult supervision. This post contains affiliate links. As an Amazon Associate and a participant in other affiliate programs, we earn a commission on qualifying purchases.
51 shares

This post contains affiliate links. We received this toy smartphone for toddlers to review. I’ve done my best to interpret my daughter’s thoughts on it.

Sometimes I hate to admit it, but smartphones have changed how I conduct my daily life. This in turn has affected my toddler. It’s a mixed bag of pros and cons, but it is what it is, right?

My daughter doesn’t really recognize what this is… 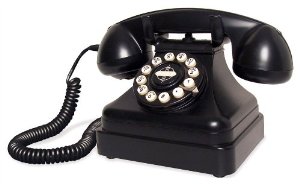 They still sell these on Amazon!

To her that is not a phone.

Rotary phones have been pretty obsolete for awhile so I’m not sure why they still use them to represent phones to our children. I mean, I know what it is because we had them when I was really little, but when is Rissa going to run across one (outside of a museum)?

Granted she often uses anything to put against her ear and pretend she’s talking to a Yo Gabba Gabba character, one of the cats, or Gramma, but what she recognizes as a phone is our smartphones. She’s pretty good at using them too. Too good if you ask me! She can slide to unlock (I had to password protect it) and knows where to find her favorite apps. Rissa also knows we can listen to music, watch videos, and take pictures.

She has a few toy telephones – some old school looking and a flip phone. For awhile she preferred the flip phone and would pretend to take our pictures with it. But, there were days she would throw a fit over wanting my cell phone! 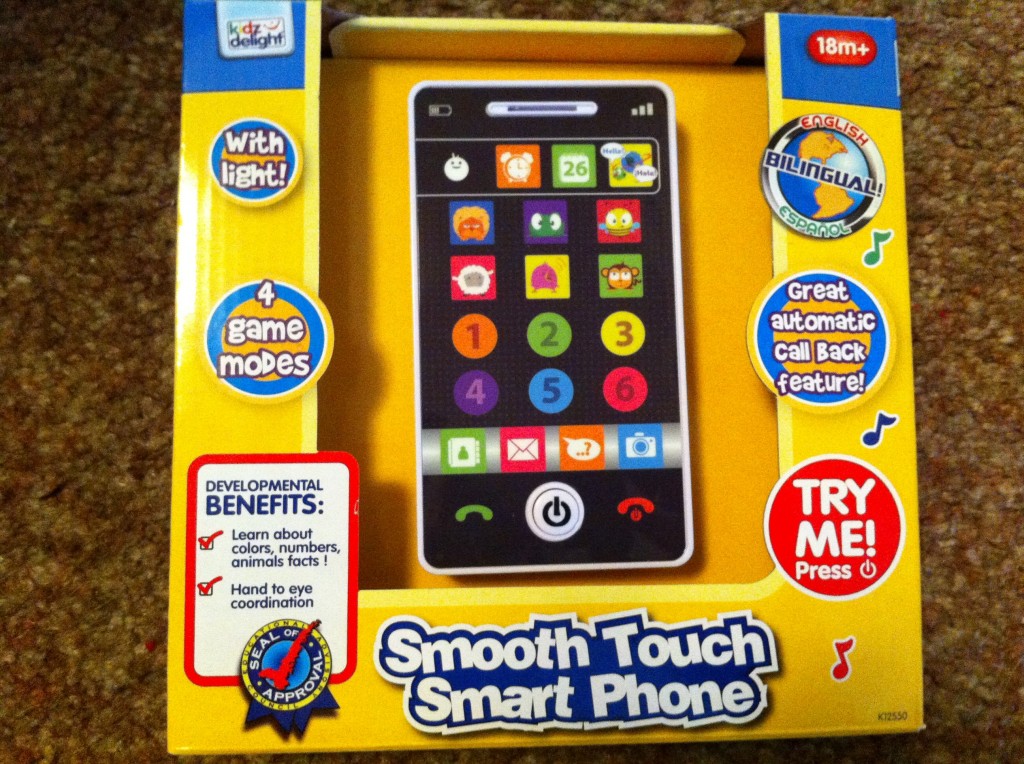 Now she is happy because she finally has a phone more like mom and dad’s – the Smooth Touch Toy Smartphone.

It doesn’t have a touch screen like ours, but it looks similar to ours. She has fun pressing the buttons and chatting away on it. It’s really cute when it rings and she’s like “What’s that?” then answers it. Rissa even started repeating some of the Spanish words it says when she changes the language on it.

I like that it captures her interest more than her other toy phones, but also glad it’s not identical to a real smartphone. When Rissa really wants access to an app on my phone she is not fooled by her toy phone, but we have some entertaining phone conversations!

Do you have a tech savvy toddler who shows a lot of interest in your phone? 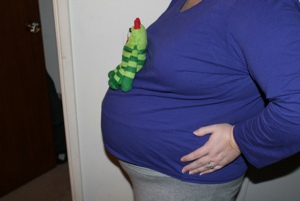 Pregnancy Journal: 37 Weeks, A Birth Plan, and a Doula, Oh My!
Read Next Post →
Click here to cancel reply.

Not in a million years would my son (20 mths) be fooled by this. The thing he likes most about my phone is the swipe feature. if it don't swipe it ain't a smart phone as far as he is concerned. I reckon he would have more fun with the box.

Considering this is a toy I posted about two years ago, I'm sure there are toy phones with swipe features now. At the time there weren't really. It wasn't about fooling kids anyway. My kids had fun playing with it but still knew it wasn't the same as my phone.

That is so cool! My 3 year old has mastered my iPod, but my youngest hasn't had the chance to mess with it yet. This could be a temporary deterrent. :P

I think this is a great toy, we use to have something like this for our granddaughter. She loved it so, nothing like having a phone especially when everyone they see is talking on some sort of cell phone.

This is adorable! My son would love this and I love the idea that he has one just like mommy and daddy!!

These are so cool! Now they can have there own phone so they don't steal mommies!