When I was 12 years old, I was becoming awkward and admired kid stars from afar. I tried my hand at acting in a school play but had trouble keeping a straight face. It was so bad in fact that I remember my teacher threatening to draw tears on my face. My character was supposed to be “down in the dumps,” but I kept being amused and laughing through my lines. 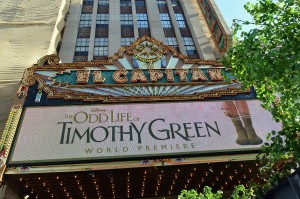 Needless to say, I’m in awe at CJ Adams attending his first movie premiere in Los Angeles the other night at the tender age of 12 years old. While he plays the title role in The Odd Life of Timothy Green, it isn’t his first movie. He also appeared in Dan in Real Life when he was 6 years old. Both movies were directed by Peter Hedges, a man known for films about family. 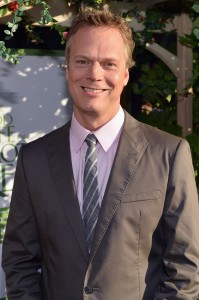 On Monday, August 6, 2012, I had the privilege of participating in a group phone interview with CJ Adams. I was impressed with how calm and relaxed he sounded. I think I was more nervous than him! (Not that he should be nervous, but I imagine I would be if our roles were reversed.)  He shared with us that trying to attend school while filming can be difficult, he loves playing soccer, and he’s a fan of the movie The Avengers. All perfectly normal things for a young man his age! 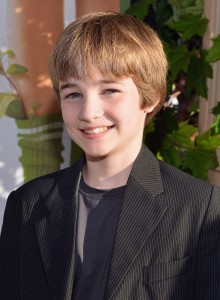 Of course, we also talked about how he got into acting. When asked if he always wanted to act he responded, “Well, I never really always wanted to act. It kinda just came suddenly because there was this free for all trial for Dan in Real Life, and I was kinda like, well, why not try out,you know, just for fun. And I got the part as…Elliot Burns. So, and the head director of that movie was trying another movie, and I tried out for that, and I got the part.”

Now that he’s been in two films he’s interested in pursuing more acting parts. He likes “playing around” and “doing funny voices” so maybe we’ll see him in a comedy next? 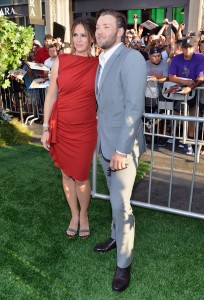 With some advice CJ received from Jennifer Garner and Joel Edgerton (who play Cindy and Jim Green in the movie), he shared about how he prepared for his role as Timothy. “I learned all these personalities by reading the script and I crafted my Timothy by putting all those personalities together. And then I became that Timothy.”

Seeing as how Timothy comes out of the garden, I asked him if he studied any particular plants to help him with his role. He said he hadn’t really, but thought about all plants and thought of himself like a tree when spreading his arms out to the sun.

So what did CJ like best about playing Timothy? That he was a “sweet boy” because he liked playing “someone who was different and unique.”  It wasn’t always fun though! We learned that the scene where Timothy is covered in mud was actually filmed on a very cold set. We thought being covered in dirt might have been fun, but he kept getting sprayed with water to make the mud stick and look right!

While I had my own thoughts on take away messages from the movie, it was interesting to hear what CJ Adams wanted kids and adults to learn from it. He said he wants kids to learn “no matter..who the person is…or how they act, like a bully or anything, I want you to treat them the exact same and then they treat you that way.”  He also hopes parents will learn that they “should always take care of [their] kids and always have their back.”

I think those are some good messages to take home, don’t you?

Be sure to check out our review of The Odd Life of Timothy Green!

All images belong to Disney and were used with their permission. 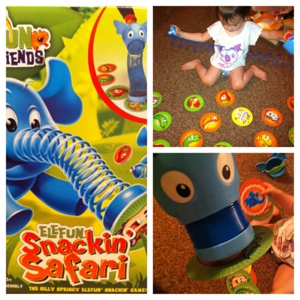 I'm so bummed I was away and couldn't participate. I've been reading a few posts b/c I absolutely loved the film!!! : ) Cried a TON!

I know a few people weren't able to especially with all the crazy travel issues trying to leave NYC on Sunday.. many were delayed til Monday. It was an interesting experience though!

Wonderful messages! And how great he has learned them at 12 years old when many adults haven't yet learned them. What a cutie pie. And how fun you got to interview him! :)

I am always in awe at little kids that can handle themselves like adults. I could never have taken the pressure!

What a great opp. Hearing some great stuff about the movie. Can't wait