When NBA Jam Was the Coolest Video Game Ever…

While visiting with my parents recently, we chatted about some humorous blasts from the past. My dad brought up “when Darcy beat the boys at basketball” so it was fitting to share today!

So, let’s take a little trip down memory lane, back when I was a very rare species: a female child gamer.

It was the 90s and owning a Nintendo wasn’t quite so cool anymore.

No, the Sega Genesis reined supreme. I was in elementary school and already had a few years of gaming under my belt. But, I hadn’t gotten competitive yet. After all, up until then I mostly played against my parents.

I remember how badly I wanted a Sega so I actually did some chores and was quick to scoop up any loose change around the house.

I also made the decision to use my “Hawaii Fund” money since that goal was waaaay long off.

Ah, it was such a grand day when we took that coffee can o’ change to the bank! I was short, but my dad pitched in the rest of the money so I could get the Sega.

Once we got it, I had to have some games too. We had the normal basics like Sonic.

Then… then NBA Jam came out.

It was the most talked about game among my (male) classmates. I had to have it. I had to be cool.

It was tough being a basketball fan but not even being able to play. I could do some granny free throws and that was about it. Gym class was not doing me any favors. So, I begged and pleaded and… got the game.

I casually dropped the bomb that my dad just bought it for me. It doesn’t take long before the boys go through phases of disbelief and BFF status.

They couldn’t believe it – didn’t want to believe it…. yet they all wanted to play it.

They asked to borrow it and questioned my skills. Heck no I wasn’t handing it over! They could come over to play though…

Meanwhile I had been playing the game a lot, but was very humble and modest since the boys didn’t believe me. A couple came over to play and started talking big right away.

At least back then it was still somewhat friendly in nature. You actually played side by side with people and talked to their face, not sling insults over headsets through online play.

They were practically claiming victory as the console powered on. I smiled and laughed quietly.

Then we entered our initials into the system. I hadn’t thought about my saved games.

DAM has defeated all 27 teams

(I think it was 27?) Yep, the game made it clear that I had beat every single team played by the computer.

They didn’t talk much smack after that since I beat them a few times that night too. Ah, boys and their toys!

While we had a hoop on our garage, our driveway was gravel and I lacked athleticism so… my shining sporting moments were usually on a console. 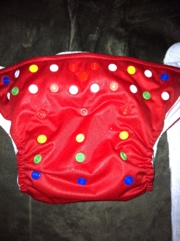 yeah that brings me back! we had sega but not that game- i loved sonic the hedgehog! we've had so many game systems it's hard to keep track of what games went with what system! i think my parents even still have it!

Although I didn't have any siblings around me growing up, I did get my fair share of gaming in. It wasn't until my boyfriend and I got together and then we started competing! Thanks for sharing your memories! It's fun to reminisce.

We love video games- I love the WII- my husband would absolutely love this video game. Huge NBA fan!

Ahhhh! Video games!!! I'm just glad my DH is not addicted to them like some other friends' hubbies. I do need to monitor my kids though.

Oh my gosh some friends and I were just talking about old school games and systems, of course the Sega Genesis was one mentioned along with NBA Jams. Lol that is awesome that you beat the boys ;)