Think back to when you were a little kid, what did you like to play with? Did you ever play “store?”  I did and so did my hubby. I liked “store” better than “house” because of all the shopping! Although, due to this I foolishly thought running garage sales would be a blast. Turns out I was wrong on that one!

So anyway… toys that make noise are not always the favorites for the parents, but the Zillionz Cash Register on Amazon

is a pretty good one that isn’t annoying. (Rejoice!) 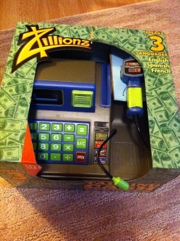 I definitely consider this an educational toy! Here are some things it helps teach:

And it encourages pretend play!

This register has 3 language settings, has a working (talking!) calculator, a working mic, and a working scanner. Well, the last two are more like… “working.”  The mic requires you to press and hold the button while talking into it. You have to be really close to it. It doesn’t amplify very loudly, but you can hear it. The scanner has red lights and is programmed to scan a few preset dollar amounts. There are play barcode stickers that you can use or you can use real bar codes. I had to try scanning most codes a couple times before it would accept it. It seemed to randomly choose a value which would be said by the register and added to the calculator. The scanner once worked on Rissa’s nose! (Which is apparently $4.99.)

The credit card it comes with can be slid in the slot next to the scanner, but it doesn’t subtract any money off the total (sounds like real life.. it just keeps adding up!). I didn’t open up the money since my daughter is too young for the coins and bills. I’m not sure the drawer has enough compartments to separate everything, but it’s functional! The calculator works and speaks at a reasonable volume. When the total can no longer display on the screen it has an error and shows an “E” until cleared out.

While this toy is recommended for ages 5+, I did let Rissa play with it. I removed the money first, which is a choking hazard for children under 3 years old. After that, I determined it was fine for her to play with under supervision. It was cute because she would use the scanner as a phone too. She was hard at work! Her favorite thing is pushing buttons, so this was perfect! After awhile it wasn’t talking anymore, but it was still calculating. I suspect it just needs new batteries, but honestly, I haven’t changed them yet.

At first I thought $35-$40 for this cash register was expensive, but in comparison to other similar toys, it’s about the same. I would consider spending the money to buy this as a gift (like birthday or Christmas) and recognize that it can be used to teach her quite a bit over the next several years. Really, I see it being played with for several years right along with her play kitchen!

Want to buy?  The Zillionz Cash Register on Amazon

comes in a few different colors too. 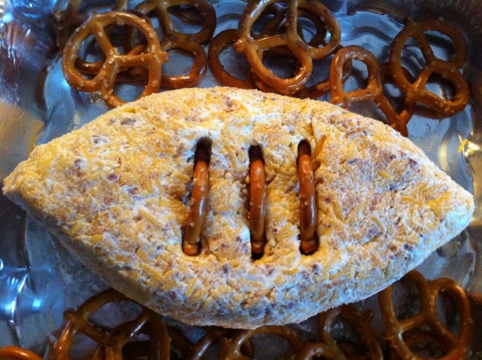 i love this thing i want this for my kids

Hayley would love this! She is starting the learning stage of doing math, so this would come in great!

what a cute educational toy! i don't know any kids who don't like cash registers and playing 'store'! and foreign laguages? wow! thanks for the review.

I used to play with something similar (but less sophistacted then this) when I was young and I ended up studying accounting! I love these games: kids learn to count, value of money!My princess will definetely love it!!

Thanks for this review! In March I have to teach the "money lesson" at my son's kindergarten school. We are going to teach them all about money, and counting and saving. I'm going to look into getting this for his school classroom. It would be a great learning tool for them!

I definitely think it ups the fun factor. They don't notice they are learning!