What do you know about the 16th President of the United States of America, Abraham Lincoln? I recall the basics from history class: “Honest Abe,” the Emancipation Proclamation, “Four score and twenty years ago,” the Civil War, abolishing slavery, and being assassinated by John Wilkes Booth while at the theater.

But what did he really go through to end slavery at the end of the Civil War? 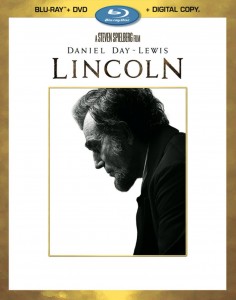 The film “LINCOLN” takes you inside the President’s home and life so you can witness the struggle and conflicts. We received a copy of the Bluray/DVD combo pack to review this movie based in part on the book “Team of Rivals: The Political Genius of Abraham Lincoln” by Doris Kearns Goodwin. In the span of about 2.5 hours, you’ll learn about the resistance to the 13th Amendment and watch “Honest Abe” wrestle with moral dilemmas in order to achieve what he knows is right – equality.

While I was interested in checking out this historical film after hearing friends rave about it, I wasn’t sure how interesting it would be. History is more interesting to me now, but sometimes I doze off trying to watch these types of movies. The only chance Brian and I had to watch it was late at night after the kids were asleep. Neither of us fell asleep despite being tired.

You know it’s a good movie when you’re on edge about an event where you already know the outcome.

We knew the 13th Amendment passed, yet there were moments we felt the tension around the possibility that the bill would fail. I was surprised to find out some of the tactics Lincoln and his Cabinet used to get the votes they needed. It was also encouraging and inspiring to hear the speeches advocating equality among people.

“The greatest measure of the Nineteenth Century. Passed by corruption, aided and abetted by the purest man in America.”

Daniel Day-Lewis did a marvelous job portraying Lincoln. I do not think it would have been the same with the original casting of Liam Neeson. I’m still puzzled about how exactly they made him appear so tall and thin. We noticed that they frequently used camera angles that showed Lincoln’s iconic profile. That was powerful imagery.

It is rated PG-13 – there are a few scenes that show fighting, dead soldiers, amputated limbs, and swear words (including the F word at least once).

We both enjoyed it more than we thought we would. It was entertaining while offering a bit of history education. Wish I could have watched this in school!

Also, the extra features are a great look at how everyone prepared for this film. Spielberg was in communication with Goodwin before her book was finished and he asked for the movie rights way back then. The cast did a lot of reading to further understand their characters and the time. 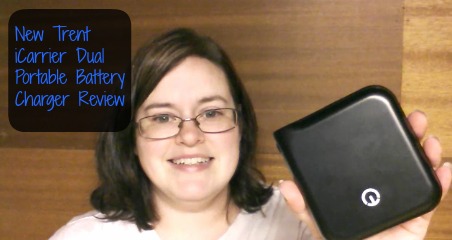 Portable Battery Chargers are a Must for a Savvy Mom
← Read Last Post
WW: Snack in a Box!
Read Next Post →
Click here to cancel reply.

i watched this just the other day and it really stunned me to see the 180 that republicans and democrats have done! i would never have imagined! lol. but it really gave some insight into how things were. i do wish there was more into his personal life rather than just the amendment, but i did like the movie.