We received a water table to review from Little Tikes. The memories and opinions shared are all our own.

I hate to admit it, but I don’t think I get my kids outside to play as often as I’d like for a variety of reasons. However, when we go out – we go out and have fun! As attractive as fancy playsets are (and believe me, my daughter kept asking about the huge one she saw at Costco), I like that fun in our backyard is different than fun at the park.

We mix it up by playing in the yard, heading to local parks, and playing on the school playground. They all offer different levels of fun and skills required for both kids while needing different levels of adult supervision. Now that Rissa finally stays around the area she’s supposed to, her brother likes to bolt once in awhile.

These two. Always keeping me on my toes.

Our absolute favorite outdoor toy is a water table. Prior to this year we had a really basic one, but it was still fun. This summer we received the Anchors Away Pirate Ship water table from Little Tikes. You should have seen their faces light up when they saw that box arrive! 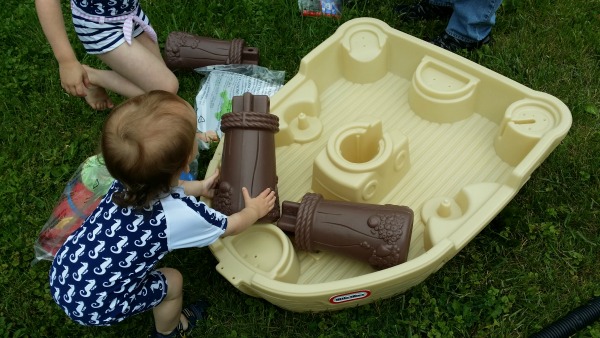 Daddy did a great job putting it together, despite having two (un)helpers hovering over him. It was a little more involved than simply snapping everything together and we’re not quite sure about taking it apart to store it during winter. These two already love pirates, so it was perfect for them. Once it was all put together and Brian filled it with water, Rissa quickly cast the pirates that come with it into their roles of Captain Hook and Mr. Smee. 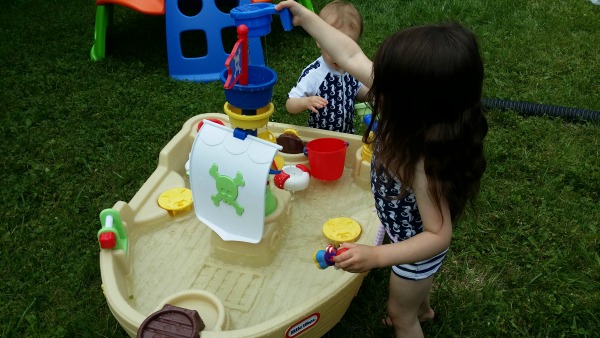 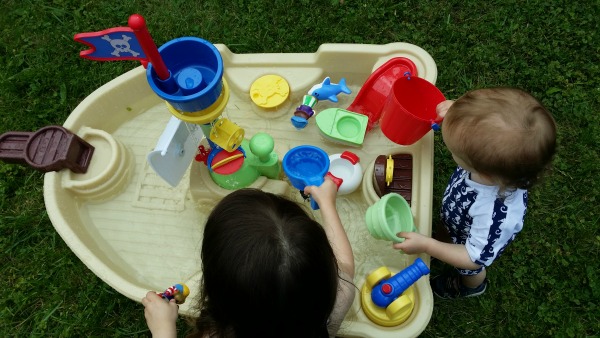 It’s really a great way for them to have some fun playing in the water in the backyard without getting completely soaked or filling up the pool. Though, Xander does like to pour buckets of water over his head. But still, it’s a great option for outside time. Doesn’t hurt that I can usually sit down and relax for a few minutes while watching them play. (We often dress them in their swimsuits though…. just in case. Their matching suits probably look quite familiar this summer – they’re the swim suits we reviewed from Snapper Rock). 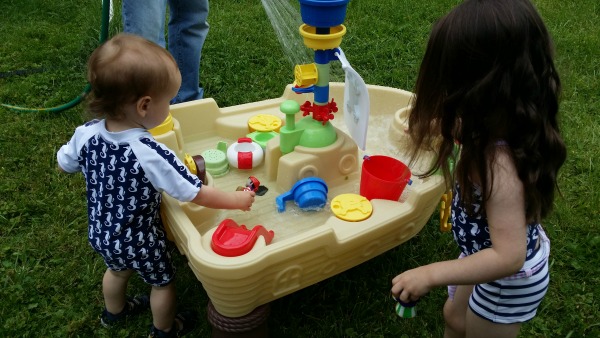 Now, I’m not saying they need a fancy water table to enjoy themselves, but this one provides a lot of fun and imaginative play. Plus, it provides great moments of sharing, taking turns, cooperative, and parallel play between Rissa and Xander. The only thing I wish they did less of was get ME wet while playing with it! When they are done and ready to move on to something else or head back inside, it’s nice that I can reach under and open the drain to let the water out rather than needing to tip it over.

I wish we could set it up in the playroom somehow during the winter (minus the water). What do you do with your water table during winter? 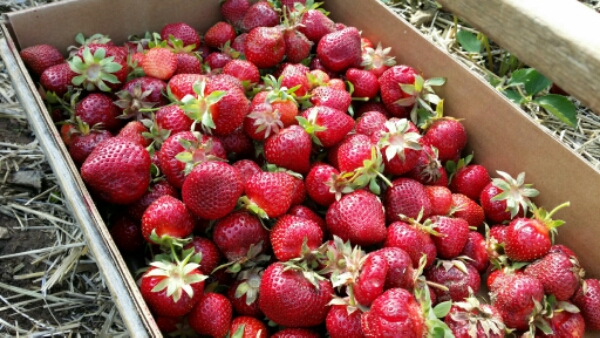 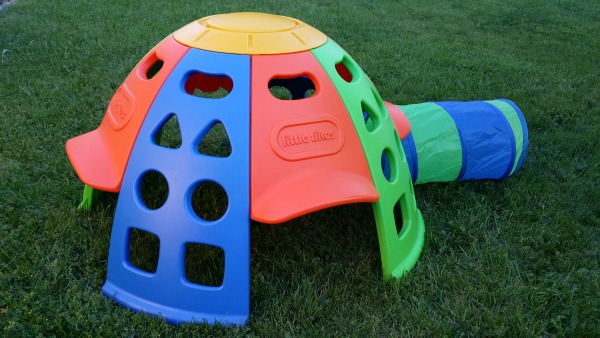