I don’t have a lot of experience nursing in public even though I’ve been breastfeeding my daughter for three months. Until recently, the only places outside our home that I’d nurse were at the homes of family members. Mid-January that changed when we went out of town for my grandmother’s funeral.

Along the way, we had to make stops for bathroom breaks, feedings, and diaper changes. A trip that normally would take my hubby and I three-ish hours to make took us four to five.

I finally had to break out of my comfort zone and nurse where ever as needed. I knew it’d happen sometime. Honestly, I was surprised it hadn’t happened yet. (Although we usually time trips to the store pretty well.)

My first time nursing in public was in the backseat of our car in a gas station parking lot, which was still fairly private. We also used the parking lot of a Walgreens and a bank.

Probably the most interesting place to nurse was at the funeral home. Between the family viewing and service, I made myself comfortable on a couch in the backroom where the coffee was located. Still somewhat private since few people were in there. The funeral director and another worker walked past a couple times and looked my way, but no one said anything. I did have a blanket framing Rissa’s head so it created more of a wall, but didn’t cover her head up.

After the service we went to a local restaurant to eat with everyone. We had a room off the main dining area, but I managed to nurse her at our table. My hubby helped hold the blanket up as I got one girl out and situated before draping it over my shoulder and her head. I needed his help again when switching sides.

I don’t really like covering her head up, but it doesn’t feel right to me to just do it out in the open. It makes me feel vulnerable for some reason. Maybe due to the stigma and negativity that’s been pushed onto nursing in public? I don’t mind “showing” so much once my daughter is latched, but I don’t like everyone watching as we get ready.

What about you – have you nursed in public? Does/did it make you feel uncomfortable? 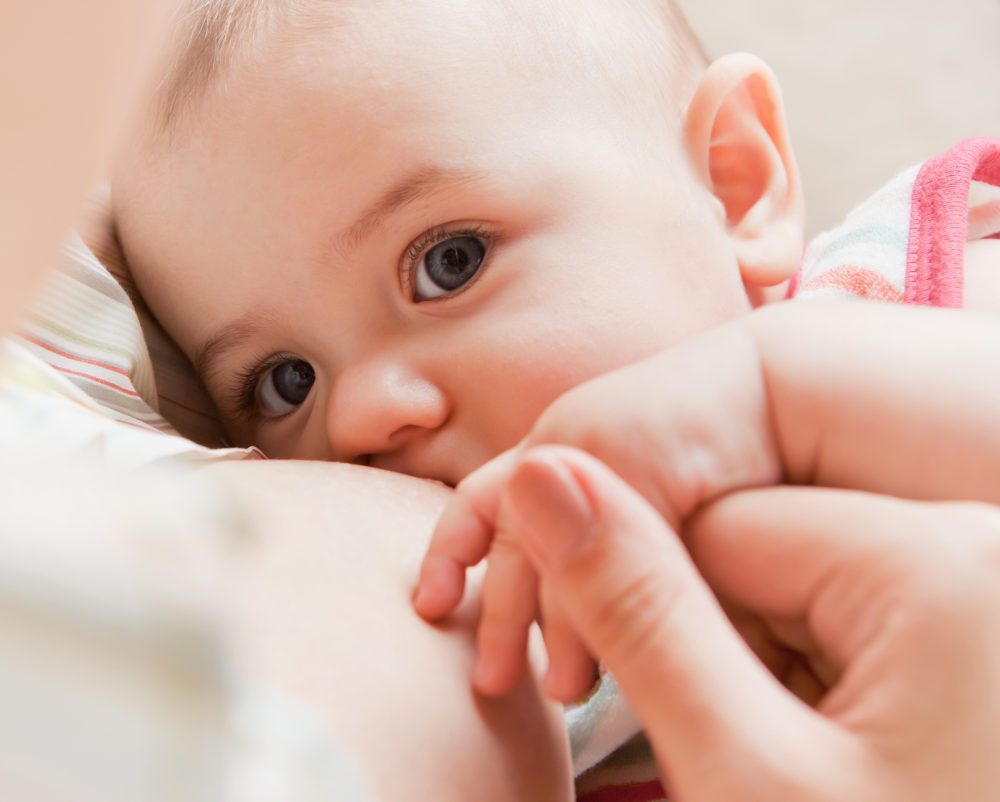 @Erin - I'm curious to see what BFing is like once Rissa gets teeth. I know it's still doable, just ... well, it'll bring about another adjustment period, I'm sure.

Thanks so much for joining in the hop! It takes awhile to get out of my comfort zone with nursing. I never nursed my twins in public and have kind of had to force myself to "just do it" this time because I know it's the only way I can foster a good nursing relationship with Judah. Now that he's turning into a chomping beast with his two little teeth I may have to stay away from NIP or people will really wonder what's going on under my cover!

I hadn't thought of it that way - providing nourishment for life in the wake of death - but I like it :)

My family is quite supportive and when they ask if they should leave or offer a quiet room for me to nurse in, I know it's about making me comfortable. I need a moms group like that too! :)

How beautiful that you nursed at a funeral home! Where there was death you were providing life. The juxtaposition is just beautiful. As for nursing in public, I think it depends a lot on your environment and your community. I live in Brooklyn and nursing in public is almost as common as seeing a stroller on the sidewalk. My son is 6 months now but I was lucky and met and bonded with several other women early on who all had babies around the same time, and we get together and do things and breastfeed everywhere. There is always strength in numbers and thanks to them and the support from my husband and our families, I became very comfortable with nursing in public. Me and the moms even meet at a bar once a week before happy hour starts and there is less people, and we have one or two beers and nurse as needed. I also found that covering up just draws more attention. Now I wear big and comfortable tops that I can lift up from the bottom with my son's head underneath. I find that if I put him under the shirt he can sniff out and latch on to the nipple on his own. He hunts it down like a lion hunts their prey. Ok not as vicious but you get the point! So there is no nipple displaying and the top acts as a protective cocoon of sorts. Anyway, she is a lucky little girl that you are breastfeeding her. People who look at you weird are just insecure themselves, or pervs. Either one.