You are here: Home / Entertainment Guide / What If Your Emotions Were INSIDE OUT? [Trailer] #InsideOut
5shares 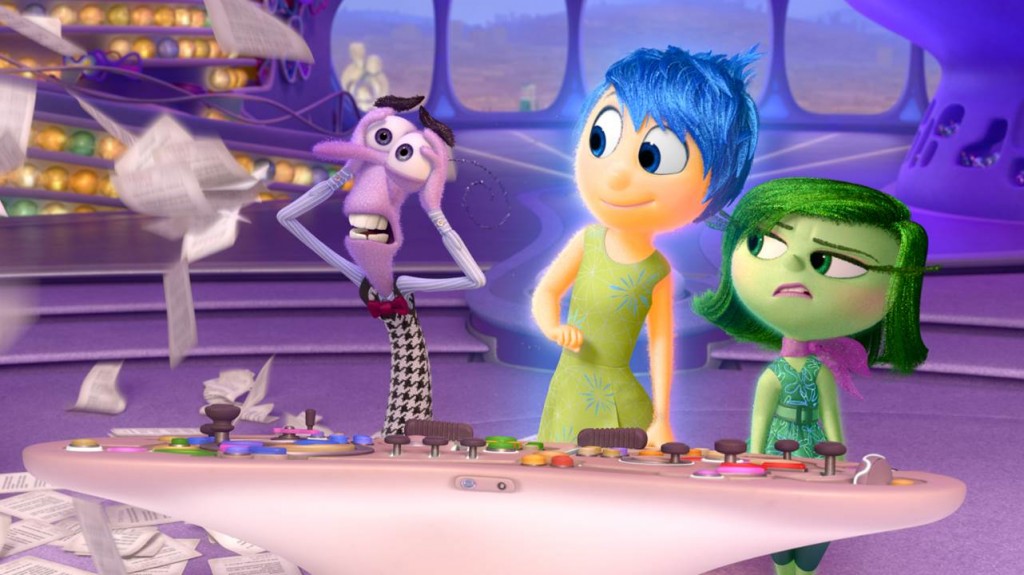 With a 2 and 4 year old in the house, the kids experience a variety of emotions on any given day. They are continually working on how to express big feelings, and I'm constantly learning how to help them do that. (And sometimes have to relearn how to manage my own when I'm on my last nerve.) Since we talk about identifying emotions and how to use our words to express them, I think this movie will be great for our kids. For my husband and I, we're looking forward to the voice talent of so many great comedians! So check out this new trailer for Disney/Pixar's INSIDE OUT and some info about the movie coming out on June 19.

From an adventurous balloon ride above the clouds to a monster-filled metropolis, Academy Award®-winning director Pete Docter (“Monsters, Inc.,” “Up”) has taken audiences to unique and imaginative places. In Disney•Pixar’s original movie “ Inside Out,” he will take us to the most extraordinary location of all—inside the mind.

Growing up can be a bumpy road, and it's no exception for Riley, who is uprooted from her Midwest life when her father starts a new job in San Francisco. Like all of us, Riley is guided by her emotions – Joy (Amy Poehler), Fear (Bill Hader), Anger (Lewis Black), Disgust (Mindy Kaling) and Sadness (Phyllis Smith). The emotions live in Headquarters, the control center inside Riley’s mind, where they help advise her through everyday life. As Riley and her emotions struggle to adjust to a new life in San Francisco, turmoil ensues in Headquarters. Although Joy, Riley's main and most important emotion, tries to keep things positive, the emotions conflict on how best to navigate a new city, house and school.