I received something of value from Feld Entertainment as part of their Insider Program. I was not required to write a positive review. The opinions I have expressed are my own.

Our whole family enjoys many Disney movies and television shows, but there is something magical about seeing familiar stories and characters come to life! We have not been to a Disney On Ice show before so we are pretty excited that they'll be in Milwaukee very soon. The highlight of going to Disney World last year was seeing how happy my daughter was to meet the princesses. She still talks about that experience and loves to show her autograph book to friends and family. A few months ago we got to attend Disney Junior Live! Pirate and Princess Adventure which both kids enjoyed.

About Disney On Ice Treasure Trove:

Discover endless riches when Disney On Ice presents Treasure Trove comes to your hometown! Get tangled up in Disney’s 50 th animated feature with Rapunzel and Flynn and enter the worlds of your other favorite Disney princesses –Tiana, Cinderella, Jasmine, Ariel, Sleeping Beauty, Belle, Mulan and of course, the one who started it all, Snow White. Ahoy, Mateys! Set sail with Peter Pan, the always sassy Tinker Bell and the cantankerous Captain Hook and his pirate pals on an adventure beyond Never Land! Trek the wilds of Africa with Simba, Nala, Pumbaa and Timon as they discover the true meaning of the ‘Circle of Life.’  Tick-Tock! Tick-Tock! Don’t be late to a very important date with Alice and the Mad Hatter as they march with the Queen of Hearts’ Army Of Cards. Be sure to see this show full of memories guaranteed to last a lifetime. 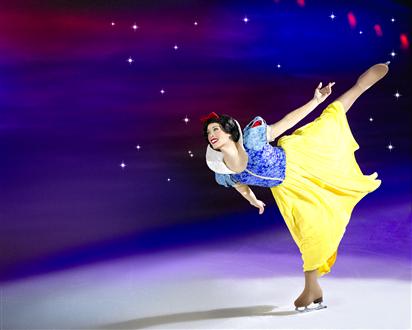 Get your tickets now!

The Disney On Ice Treasure Trove show will be at the UW-Milwaukee Panther Arena in Milwaukee the following dates and times:
Thursday, February 5 at 7PM (opening night)
Friday, February 6 at 7PM
Saturday, February 7 at 11AM, 3PM, and 7PM
Sunday, February 8 at 1PM and 5PM

Not one our local readers? Not to worry! Click here to purchase tickets to a Disney On Ice show near you! 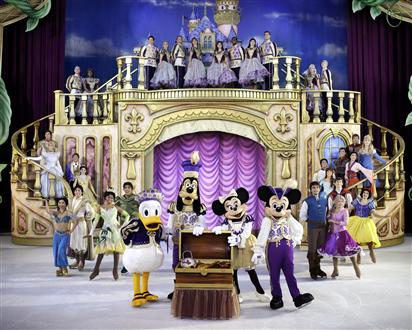 How would you like a chance to win 4 tickets to see Disney On Ice Treasure Trove at the UW-Milwaukee Panther Arena on Feb 5 at 7PM? Leave a comment below telling us which character you're the most excited to see!

One comment entry per household. Entries accepted until 11:59PM CST on Monday, January 26, 2015. Winner will be drawn randomly and emailed and have 24 hours to respond in order to claim their prize or another winner will be drawn. Final winner information must be submitted no later than noon on January 29. Winning tickets are for the opening performance ONLY.

Previous Post: « 16 Breakfast Smoothies To Enjoy On The Go
Next Post: Cherishing Love Momentos From My Husband »